We were so impressed with Rotifer, who headlined our previous showcase in Brighton, that we decided to invite them back for our third event on the south coast. This time around they brought with them not only two other acts from their Gare Du Nord record label, Papernut Cambridge and Ralegh Long, but also some other talented friends, including former Hefner men Darren Hayman and Jack Hayter. 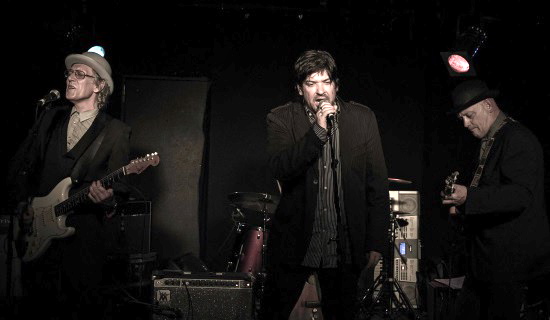 In addition, we also found space to squeeze in emerging Brighton act Five Thieves, which is fronted by impressive vocalist Jack Strutt and guitarist BB Maxx. Tonight’s Five Thieves line up were playing for the first time together and provided a vintage rock and roll start to proceedings with a Johnny Cash-esque sound to tracks, including Don’t Wanna Be and Fool To Love. 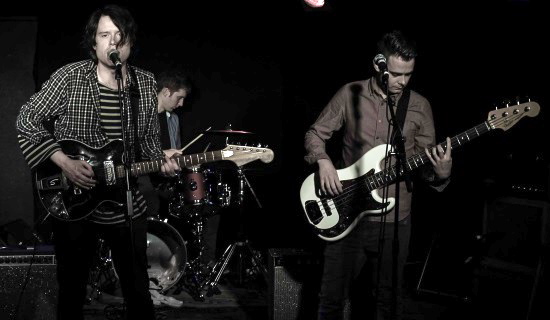 Ralegh Long followed and immediately settled into a more laid back vibe with his band, which tonight included Hayter on pedal steel. The gig gave him a chance to perform tracks outside of his London base, such as Elizabeth from his most recent EP, The Gift, as well as new songs destined for his debut album. Of these new tracks Light of the Sun was among the best in a set that also included a lovely cover of Neil Young’s Harvest Moon.

Despite the more relaxed feel to his music than the bumptious Five Thieves, there was an intensity to his performance fueled possibly by a few rogue chatterers to the side. There are a variety of ways I’ve seen bands deal with the annoying audience habit of talking through a bands set. Some get shirty, some tell them to politely be quiet and some like Steven Adams, of the Broken Family Band and Singing Adams, invite them to come near the stage and play word games. In the absence of the schoolmaster-like Adams, Ralegh took by far the next best route, play the bejesus out of your songs and soar above the chattering miscreants. 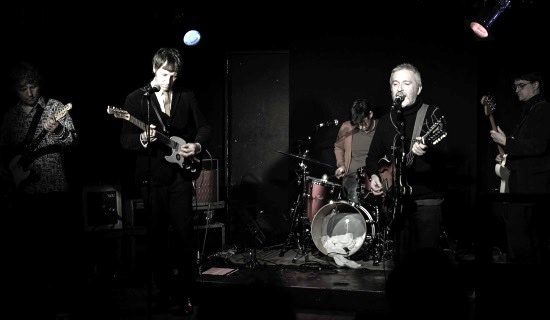 There’s a warm summer glow to Ian Button’s releases under the Papernut Cambridge moniker, especially his latest EP Swaps, a joint release shared with Canterbury based Robert Halcrow, who releases under the name Picturebox. For tonight’s line up Halcrow was part of something of an indie supergroup line up including Darren Hayman on drums, Robert Rotifer on guitar and Hayter on pedal steel.

With his electric 12 string, soft vocal style and technical wizardry that includes amp building,  Button’s set was full of beautiful 1960s sounds with Swaps track When She Says What She Says particularly standing out. 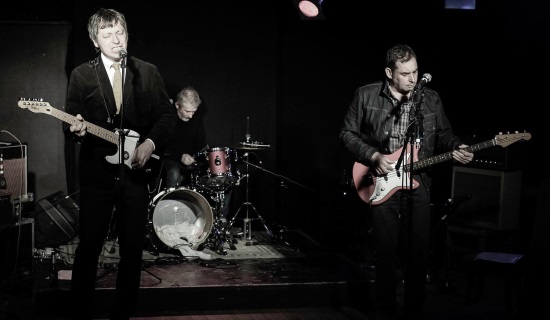 Last up was Rotifer, who like Ralegh Long also had to deal with some chatterers and also tackled them by beating seven shades out of their tracks. Robert even broke his guitar strap as tracks from their recent album The Cavalry Never Showed up carried them over the chatter and into the ears of the rest of the audience. Highlights included The Fall-esque Optimist and the Open Sea, New Fares and I Couldn’t Eat As Much as I Like To Throw Up. The set also contained many of our favourites from recent albums including Children of the Hill, Aberdeen Marine Lab and Canvey Island.

Aside from some chattering there were further distractions to come to test Rotifer’s wills to the limit. A slightly worse for wear Bruce, the guitarist with Five Thieves, decided tonight was the night to break gig taboos and during a couple of songs took it upon himself to shuffle around on stage packing his amps away at the back. He even stopped to have a chat with bassist Mike Stein mid-song as he passed by like a drunk, rock Eric Morcambe. All that was missing was a brown overcoat and Rotifer covering Bring Me Sunshine. But unlike Ernie Wise, Rotifer, which features Button on drums, took Bruce’s indiscretion with good humour.