Vermont indie popsters The Smitten’s last album, 2012’s Believe Me, left me exasperated. It was good indie pop, but utterly lacking in originality and leaving them sounding like yet another Magnetic Fields wannabe band. 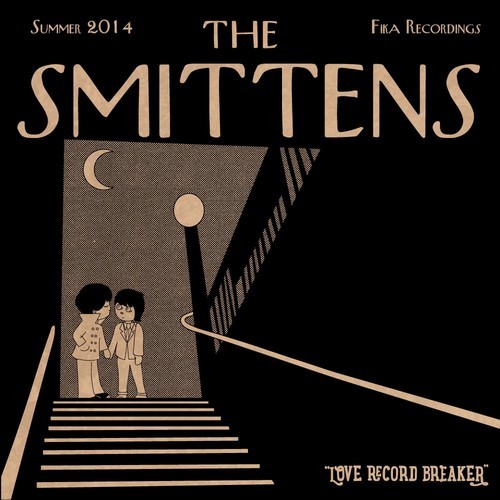 What a difference a couple of years has made. Somewhere since then they have discovered an edge and thankfully their bubblegum pop has burst.

So what’s changed? They have an expanded line up now featuring Missy Bly on vocals. Her voice has clearly influenced the sound and it appears the band’s direction as well. Another change is for singer Dana Kaplan, who is undertaking gender realignment, making this the band’s last album to feature his pre-testerone female voice.

It may be that these two events, of a new member and a new gender, are nothing to do with the change in sound. Maybe they’d just got bored of twee pop. But whatever the reason it’s great to hear this band wake up from their generic indie pop slumber even if it actually starts a little too depressingly with the track Upper West Side, that features the repeated line “I don’t want to live at all.”

Next track Pants on Fire settles the album though into a sound that gets the pop and ‘life can be a bit harsh’ balance just right. The vocal arrangements sound great, the reverb 1950s guitar sound wonderful. There will be no dancing at the indie disco to this and its all the better for it. These Days is another where the production here helps create pop with an edge. Meanwhile the title track actually sounds like a credible single and there’s even a cover of the Indigo Girls Closer to Fine.

These Lips is another highlight. With the lyrics “I gotta keep these lips away from you – you better keep your hands from me” it almost goes back to bubble gum pop territory, but just about moves away in time, sounding saucy and actually slightly sinister at times.

It’s a short album, of just seven tracks plus a good remix of These Days but displays a crucial change to The Smittens sound, as if finally after five albums they are at last ready to be a band in their own right. Arguably their most important album to date.