Taylor Locke used to be the guitarist and vocalist in Rooney, a bigger over there than they are over here, American rock band, who’ve been going since 1999 and have at least four albums under their belt. 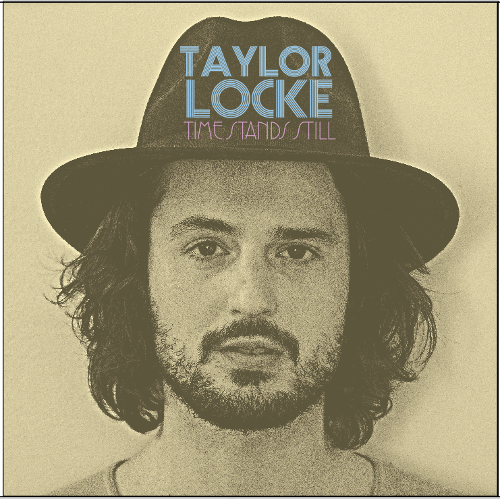 I love surprises and Time Stands Still is a big, classy feel good musical surprise. Locke makes music that is optimistic, engaging and very pretty in a laid back mellow James Taylor, early Todd Rundgren vibe, all beautiful vocals , steel guitars and irresistable hooks, with lovely ballads like So Long and No Dice.

There’s even  room for some upbeat power pop with Running Away From Love and The Game. I’m reminded of the first time I heard Jonathan Wilson, yes it’s that good.

The influence of The Beatles,  even ELO can be felt on the rocking Call Me Kuchu and the gently psychedelic Don’t be a Stranger.  It’s a little bit retro but what the hell, when it’s done this well it’s a sheer unalloyed pleasure from start to finish. The sound of the new West coast.