The last They Might Be Giants album in my home wasn’t for me, it was a present for my first child when he was born.  Called Here Come the ABCs it was an album that proved that the eclectic TMBG pair of John Flansburgh and John Linnell were masters of producing cool, catchy, educational kids songs as well as grown up pop.

We know full well here at Neonfiller.com how during the 1980s and 1990s they produced some of the best and unusual pop music of the era, especially one of our Top 100 Albums of all time  Lincoln from 1988 and the absurdly catchy singles Ana-Ng and Birdhouse in Your Soul. 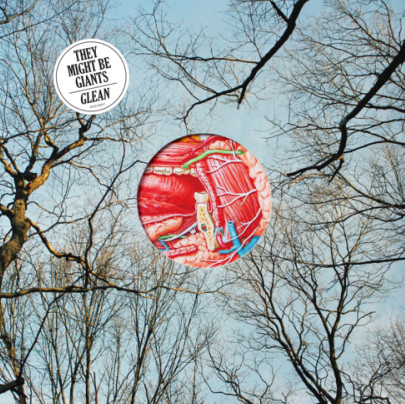 There’s more though, they have one two Gammys and back in 1983 trailblazed a new way of listening to music, offering there tracks through a dial-a-song phone service. More than 30 years later they have revisited and updated the  dial up idea and throughout 2015 have been offering a song a week every Tuesday through smartphones, as well as online via www.dialasong.com and their Youtube Channel.

To promote it a bit more and show what those of us who prefer to have a CD or record in our hand are missing out on they have pulled together 16 of these dial-a-song tracks so far for their latest album Glean.

What is clear is that they have lost none of their charm and ability to defy genre, with songs about romance and prison all  with instruments ranging from crunchy power pop guitars to squelchy synths and 1920s jazz.

Is there another Ana-ng here? Well not quite, but the track Answer comes as darn close as its possible to be. So too does lead single Erase, which has a chorus that shows just how they have lost none of their keen sense of melody.

Another highlight is Unpronounceable and the growers include the violin focused Music Jail Pt 1 & 2 and the excellent fun take on blues Underwater Woman. Special mention also goes to the surely Bonzo Dog Doo Dah Band influenced psychedelic jazz of Let Me Tell You About My Operation.

For this They Might Be Giants fan it feels good to welcome their grown up music back into my home.