A new angle has emerged in the John Howard story. The 70s singer songwriter, who was lost by the music industry and found by an Internet generation, has now got himself into a pop group. After a decade or so into a fiercely independent comeback career, where he writes, plays all instruments and handles promotion and distribution, the creation of The Night Mail is actually a big deal for Howard. 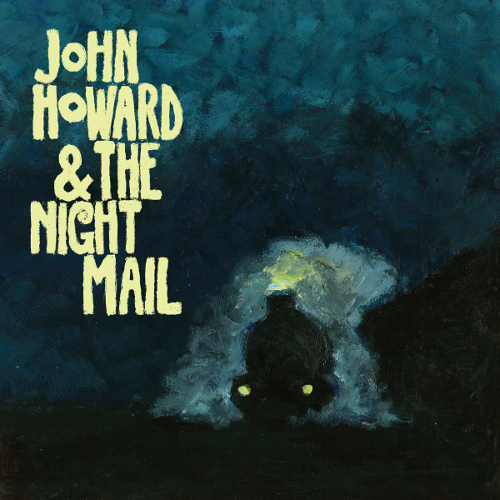 Control Freak, one of the best songs on this collection of clever, timeless pop, best exemplifies the fear and excitement of having to relinquish some of his guarded independence to others.

But don’t feel too sorry for him as he steps out of his comfort zone. He’s in good hands as the Night Mail of Robert Rotifer on guitar, Ian Button on drums and Andy Lewis on bass and mellotron, are no strangers.

All are seasoned musicians and songwriters who have been in contact with Howard through mutual musical appreciation and common friends, including former Hefner man Darren Hayman, for the last few years. All three also formed his backing band for his two most recent gigs in London. Howard knows what he’s getting into and judging by the results is loving every minute of being in a band.

All three musicians also bring their own personality to each song, with each taking joint songwriting credits as manuscripts, demos and lyric sheets shuffled to and fro between England and Spain ahead of its recording last year at Big Jelly Studios in Kent.

There are merits to all three collaborations. But with five shared songwriting credits it is Howard’s partnership with former Thrashing Doves and Death in Vegas man Button that dominates.

Given Button’s love of the 1970s pop scene, most notably on his recent set of covers under his Papernut Cambridge moniker, it is unsurprising that in Howard he has found a songwriting soulmate. Whether it’s Howard supplying the words and Button tackling the music on Control Freak and In the Light of Fires Burning, or vice versa on Deborah Fletcher, This Song and Thunder in Vienna, their love of the era that Howard started out recording in oozes through each catchy chorus and verse.

Rotifer and Howard share four songwriting credits and is another stellar partnership on display here. Howard’s music compliments Rotifer’s lyrics of modern life on London’s After Work Drinking Culture perfectly, and Rotifer’s music on opener Before provides another high point.

Lewis, who is also bassist in Paul Weller’s band, shares just one songwriting credit but what a credit it is. The Lewis and Howard track Intact and Smiling was the one I singled out as the best on my first listen and that hasn’t changed over the weeks. Seems I’m not alone as its been released as a single and has already garnered BBC 6Music airplay. This track is great pop. How Howard must have craved such a quality tune from Lewis back at the start of his career.

There’s a cover here too, Small World by Roddy Frame, and it’s a testament to the creative partnerships with Howard here that this high quality piece of songwriting does not overshadow the original songs.

Arguably this is amongst the three most important albums of Howard’s career. One day it may even be seen as more important than his other two classics – his rediscovered 1970s debut Kid in a Big World and his excellent 2005 comeback album As I Was Saying.