It ended the year gracing many a best of list, including our own, and even charted, albeit in the Austrian independent releases run-down.

As a result Howard’s music has come to the attention of a wider audience and may well be the reason you are reading this now. 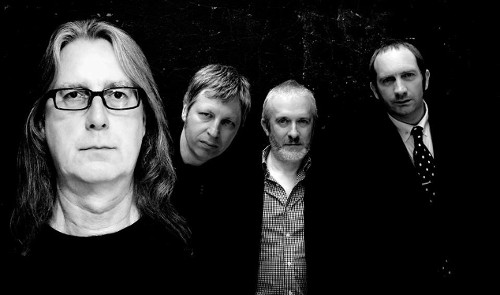 John Howard and the Night Mail

Never one to miss an opportunity Howard has decided to release a second volume of his best of series to show his new admirers what else he’s been up to in recent years.

So for those who are new to Howard’s music let’s take a few lines to recap his tale.

It’s a familiar story, glam pop boy and his piano meets record company, in his case CBS in the 1970s. Boy then gets dumped by record company, ends up quitting recording and working for the music industry in A&R for a couple of decades. Much older boy then meets internet generation, decides to record again and the pair live happily ever after.

Since the release of his comeback album, the appropriately titled As I Was Saying in 2005, he has released around a dozen more, as well as a handful of EPs covering lesser known artists he admires such as Alex Highton.

On his first best of compilation These Fifty Years, released in 2009, the focus was on his 70s heyday and comeback releases up to that point. Here the focus is exclusively on his comeback, with the internet generation helping with the track list as Howard keeps a close eye on downloads, streams and Youtube interest to guide him. 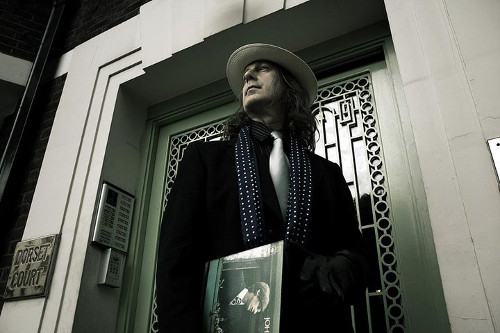 John Howard – As I Was Saying

Among our picks on this compilation are the As I Was Saying tracks the Dilemma of the Homosapien, with its killer chorus, and Taking it All to Heart, that perfectly sums up the emotions of a rejected artist. There’s also a heavy focus on glam pop, with upbeat songs such as Making Love To My Girl, from Same Bed, Different Dreams (2006) and Believe Me, Richard, From Storeys (2013) among highlights.

Maybe I Know Why and Born Too Early are among the best of the ‘slowies’ here. Both are from Hello, My Name Is, a largely autobiographical collection looking back to his time in London in the 1970s and society’s changing attitudes to sexuality

But as with any compilation this is as much about what isn’t on it as what is.

What awaits those who want to delve further into his releases are further gems on As I was Saying such as the Magic of Mystery. Bob/Bobbi, from Hello My Name Is, which gives genuine heart and substance to a drag queen he once met while on holiday, is another to seek out.

Also missing here are tracks from 2012’s You Shall Go the Ball!, featuring reworkings of his 70s demos that failed to see the light of day. It is here that an extra layer to the Howard story unfolds with his carefully crafted soundscapes interspersed with tracks such as the magnificent The Deal, where his adoration of Beach Boy Dennis Wilson’s solo work is clear.

Looking back on his comeback output Howard’s initial failure to be a star in the 1970s may just have been the best thing to happen to him. The break from performing for a couple of decades has beautifully preserved his voice. Just watch him performing his cover of Bowie’s Bewlay Brothers in Barcelona in January this year (see above) to see what we mean.

It has also meant he is fiercely independent, embracing home recording technology and the promotional possibilities of social media to great effect to take direct control of how his music sounds and is released.