Of the four Glastonbury Festival Emerging Talent Competition finals I’ve attended this was perhaps the most surprising, with bands far exceeding the promise they showed from their submitted audio and video clips.

In most years the best sounding act from their submissions goes on to impress live at the competition’s annual  finals at Pilton Working Men’s Club.

This year was different with all the acts deciding to offer something far more than the simple promise on offer in their submissions.

Of course each year the quality is high. An act has to be excellent to make the finals from an initial entry of thousands and a long list of 120 acts,  picked by 40 music journalists and bloggers including myself. 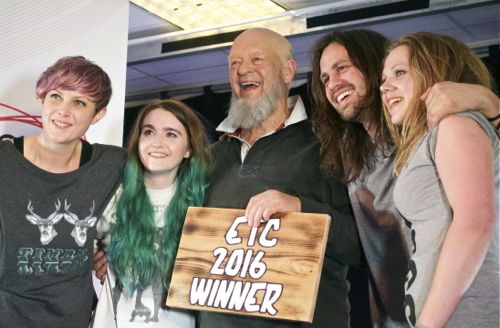 She Drew the Gun with Michael Eavis

Based on this year’s final eight submissions,  it was only really Bossy Love, with the sensational pop of Tell You What, that stood out for me.  The rest though certainly proved me wrong, all stepping up a gear, especially eventual winner Wirral’s She Drew The Gun.

Here is a band that demands to be seen live with singer songwriter Louisa Roach’s delivery and stage presence offering some real hairs standing up on the back of your neck moments. 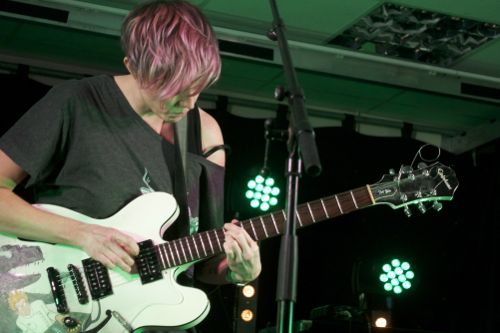 She Drew The Gun’s Louisa Roach

As with their clip, their billing as dreamy psych-pop band on their Facebook stage also proved to be a masterclass in under selling. Live they are so much more, with Roach’s generation defining lyrics on the track Poem shining brightest. They were definitely my favourite on the night and thankfully also of the ETC judges, who include Festival organisers Michael and Emily Eavis.

She Drew the Gun also win £5,000 talent development cash from PRS for Music Foundation as well as a main stage slot. 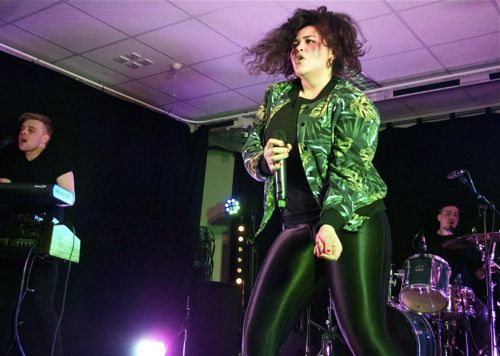 Glasgow’s R&B Bossy Love  impressed, as I expected, and marched into second place on the night. They have a “we are going to be famous and there is nothing you can do to stop our relentless juggernaut” vibe about them as they took to the stage. I can’t see many standing in their way.

In third was another surprise – London folk singer Hattie Whitehead. As with She Drew The Gun, her Soundcloud clip offered promise but not much more. Live, with a full band and electric rather than acoustic guitar, it was a different story. The songs had depth and shine and she emerged as a genuine contender to win the first place prize. She and Bossy Love also grab £2,500 PRS for Music Foundation prizes as well as festival slots this year. 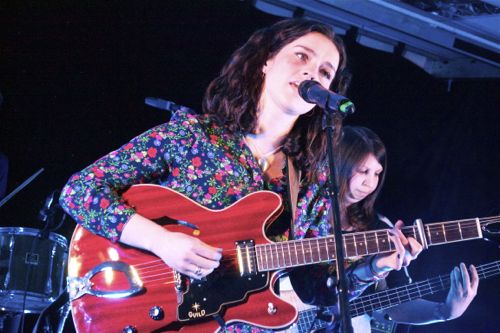 Also performing on the night were rapper Lady Sanity, 13th Floor Elevators-esque Early Ghost, south west of England singer/song-writer Henry Green, Marcus McCoan and London’s Gillbanks. All have also been awarded slots at the festival after their impressive performances on the night.

To see more pictures from the night click here.