Earlier this month we dropped by  Tallinn Music Week, the annual event held in venues across the Estonian capital. Here we showcase some of the standout acts and other highlights from this annual event, which is now in its ninth year.

Latvian power strings quartet Dagamba topped the bill in the Old Town Cinema on Saturday night, during Tallinn Music Week. Taking to the stage several minutes late during an impeccably precise festival, the band cranked up the anticipation and feverish excitement in the audience, before blasting straight into their unique take on classical and contemporary music. 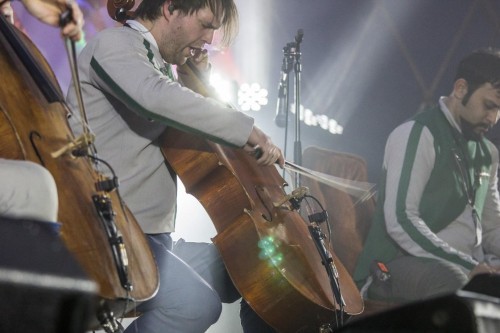 Performing tracks like Prokofiev the Knightrider and a gloriously energised version of the Game Of Thrones theme, Dagamba proved again how to win over new fans and delight existing ones.

From hardcore rock bands to instrumental groups and writing songs for others performers Albert af Eckenstam has finally found his rightful place in the music industry. Performing his melancholic songs in a warmup solo performance at Apollo bookstore during Tallinn Music Week, Albert had the support of a full band for his evening show. 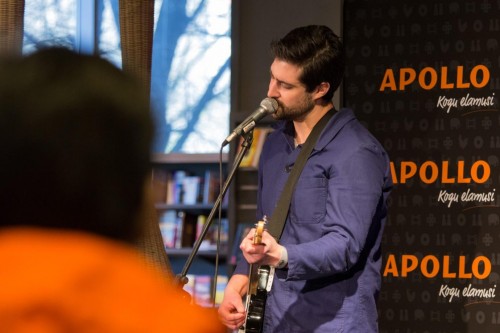 Both sets wonderfully showcased his beautifully crafted lyrics, and heartfelt vocals as he continues to build on the deserved success of debut album Ashes.

Estonia’s very own Erki Pärnoja quite rightly performed more times than anyone else than we cared to notice at this year’s Tallinn Music Week. We managed to catch two of his enthralling instrumental shows which showcased his new LP Efterglow. Erki’s band brought the magic of Efterglow to life on the stage, with it’s undulating soundscapes that sound like the soundtrack to an Estonian Western movie. 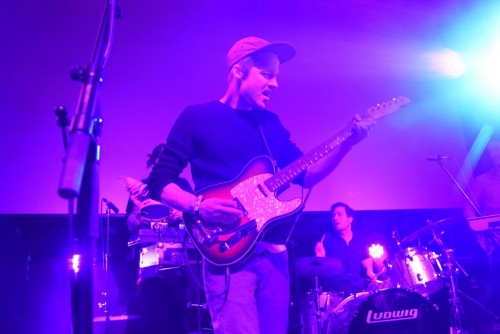 If you’ve ever wondered what a Mogwai, Fleet Foxes and Other Lives supergroup might sound like, then Erki Pärnoja might just be your cup of tea.

Norwegian singer and activist Moddi performed songs from his latest album ‘Unsongs’, which is an exploration of banned songs from around the world. Your first instinct would be to think this is restricted to oppressive regimes, but this is not always the case. 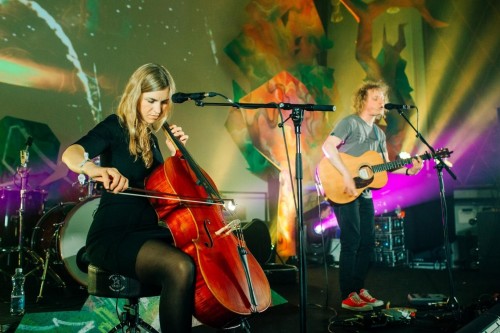 For example, among his set was a beautiful interpretation of Kate Bush’s Army Dreamers, which was banned by the BBC in 1991 as it was considered inappropriate during the original Gulf War. His final song Oh My Father, I am Joseph was the exception, although brought to court three times for blasphemy, courts in Lebanon cleared the original performer each time. The story and song brought some in the crowd to tears.

They say music is special when it takes you to another place. Be it a beautiful summer day or the Mongolian steppe. Mick Pedaja is something different. Songs like Valgeks seem to channel the voice of mother earth herself. His music gives the forests, lakes, bogs and seas a musical voice. When we caught him at Tallinn Music Week his voice was truly breath taking.

From the beautiful setting of the Russian Theatre we were blessed to listen to Finnish instrumental group Barlast. In parts it felt like we were at a grand 18th century dance in keeping with the setting. In others such as song Cs-137 we descended to a much darker place more in keeping with a Scorsese thriller.

The Adidas clad Icelandic rap duo certainly know how to engage an audience that has no idea what they are saying and can barely see them.

On performing in the botanical gardens palm tree greenhouse they said “It was very moisty. We couldn’t see the crowd. It felt like we were performing to the trees.”

Flamingods are the musical equivalent of the children’s show the magic roundabout. Not only do the exceptionally talented musicians move around the stage swapping instruments with each other (even mid song). Their music and presence gives off that psychedelic 70’s Woodstock vibe. 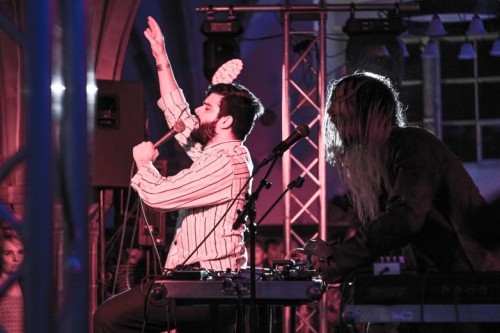 Norwegian singer songwriter Siv Jakobsen’s beautifully crafted melancholic songs are like a loving hug for the soul. Her and pianist Einar’s obsession with Britney Spears provided a touch of fun to proceedings too.

Tcheka is one of those artists whose music makes the sun shine and brings warmth even on the coldest of days. With snow and sub-zero temperatures outside he was certainly in the right place.

Imagine the trio of embarrassing young reprobrates from Channel 4’s Inbetweeners with musical talent and you would be 90% of the way to describing Estonian three-piece group The Notes. Their perfect harmonies and catchy melodies are noteworthy indeed.

A special mention also goes to Abirdwhale (AKA Masato Kakinoki) from Japan. His self made system for creating one-off improvised audiovisual performances might just be one of the most memorable live shows of the entire week