When you do a  search on Google for Villagers more often than not those hunky chunky purveyors of ultra camp seventies disco The Village People come back at you singing YMCA. As much as I love disco classics I think I’ll stick with our Irish friends for the time being, thank you.

Since Villagers launched ten years ago, they have very quietly, very gently, rocked our world. Leader Conor O’Brien’s  melodic introspections and observations have healed and shone light into our collective hearts.

Whilst all around is going to Brexit in a handcart they are a little oasis of sparkling tunes and old fashioned musicianship. So with a new album to promote (The Fine art of Pretending to Swim),  their fifth if my calculations are correct, a tour is in order. 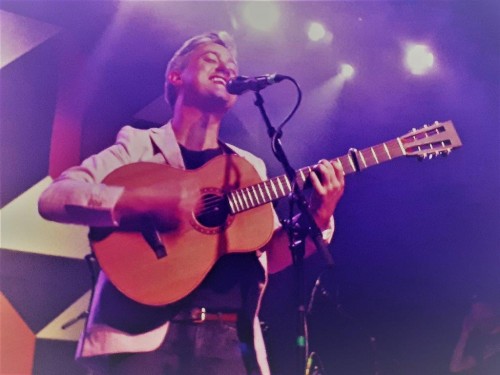 The new Villagers album is an absolute joy that is chock full of many  slyly insidious tunes. I’m assured the young kids on the street today describe this as ear worms. A vulgar unpleasant phrase. I prefer to use the phrase angel cake whispers instead.

So eyes down for an evening of angel cake whispering.

Conor is given a hero’s welcome as he buoyantly takes to the stage accompanied by his superbly talented band (tonight’s Haylock award for outstanding individual achievement goes to the drummer James Byrne, a brilliant display).

Diving head first into an evening of classics and playing many of the tracks from the new opus we embark upon on an emotional rollercoaster of aural joy, the new stuff sounds absolutely brilliant, there’s some seriously catchy Villagers songs on display, especially Again, Sweet Saviour and Fool. One of the highlights was a fantastic new composition called Love Came With All That It Brings. A song from the top drawer if ever there was one. 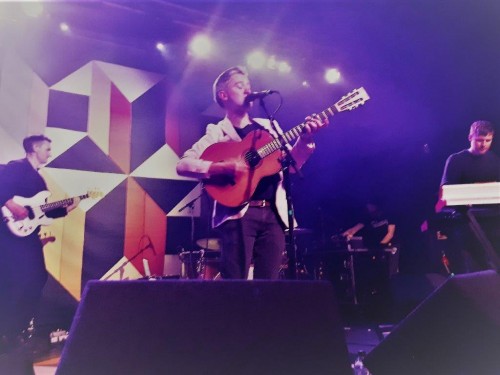 This was the first night of the current Villagers tour and you might have expected hesitancy or at least some  nervousness but it was flawless. Conor has such a winning way with the between song banter. He won us over easily. Both funny and modest , his demeanour is the polar opposite of most frontmen. His audience loves him for it.

Occupy Your Mind was given a new suit and tie, a wash and a shave and turned into a whizzing speeding thing of beauty. Another new song Long Time Waiting seemed so gorgeously familiar. An effortless reflection on modern living with added trumpets.

Old favourites blend with the new

The final furlong saw the welcome return of two old but genius nevertheless faves, the irrisistable sing along Hot Scary Summer and of course Courage.

These were preceded by one of the most adventurous new songs from the album, Ada,  a song Conor told us was about Ada Lovelace the mother of modern computing  (Charles Babbage being the father, see Analytical Engine for further details) . Unknown to Conor, until someone in the crowd pointed it out to him, there was a Nottingham connection here. Ada was the only legitimate daughter of local lad, romantic poet and total shag monster Lord Byron. Synchronicity or what? That blew him away.

I urge you all to check out the support artist on this tour. She calls herself Billie Martin. Originating from Ripon, she has a stunningly beautiful voice, and plays guitar with a featherlight touch, and with the aid of a solitary drummer. They created a little sensation among the crowd tonight. Very rarely does an audience just shut the fuck up and listen to a support act as intently as I witnessed tonight.

A lovely gesture was witnessed as she had left a hand written note on the merch table. It read simply,  “sorry no merchandise but I’ve baked a cake (lemon drizzle, my favourite) please help yourself”.