The last time we caught a live set from She Drew the Gun was at the 2016 finals of the Glastonbury Festival Emerging Talent Contest. 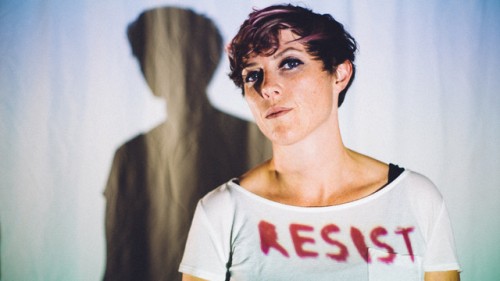 She Drew the Gun’s Louisa Roach

On the evidence of their sold out show in Bristol, She Drew the Gun have clearly put their prize of a £5,000 development grant from PRS for Music Foundation and the kudos of a main stage slot at the festival to good use.

Now their live set is bigger and bolder. The political edge has increased, unsurprisingly after three years of the grimmest current affairs imaginable, from Trump to Brexit. The sound is also fuller, with an extra guitar added and the synths made chunkier. They also have  far greater command of the stage, with their latest visual show really adding to their live set.

Poem, the song that so impressed ETC judges was great. But the real highlights came from their second album, last year’s Revolution Of Mind.

This offers a great range of tracks that are even better live, with the 1960s guitar pop of Something for the Pain sounding even brighter and lead single Resister even more powerful and edgy. 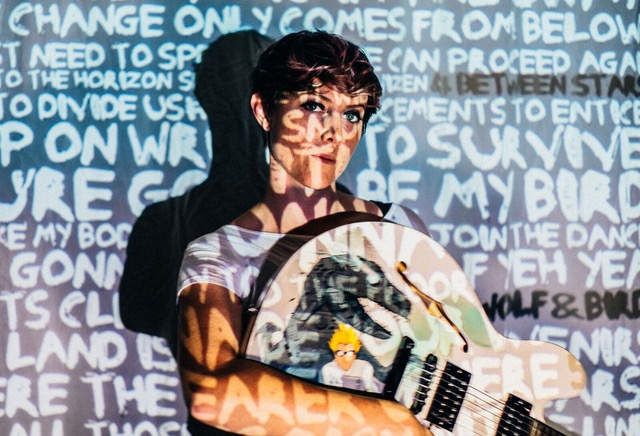 Best of all was Wolf and Bird, which has a Portishead feel to it and is shaping up to being a live highlight of their set for years to come.

Speaking of 1990s influences, the encore included an excellent version of The Beloved’s Sweet Harmony. This somehow fitted perfectly among, what Roach refers to as, the band’s main business at hand – producing “three minute deconstructions of capitalism”.

Support for She Drew the Gun included a blazing set from Warrington’s Man and The Echo, another act with a strong political edge.

By coincidence we also saw them live back in 2016, when they impressed supporting Billy Bragg in the Leftfield Stage at Glastonbury Festival. 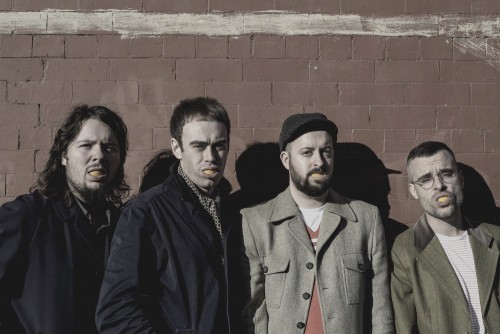 Here they showcased some fine new tracks such as Capable Man as well as older songs, including Operation Margarine and I Don’t Give A F**k What You Reckon. We thought they were a great live band three years ago and they are even better now, with echoes of the likes of XTC, Fatima Mansions and Teardrop Explodes throughout their confident and fun set.