We are delighted to announce that Roma Palace, one of our three long list entries for the Glastonbury Festival Emerging Talent competition, has made it through to this month’s finals.

“Brighton based Roma Palace impressed us with their fresh take on indie pop and rock, with a slice of blues thrown into the mix,” said Neonfiller co-editor Joe Lepper, who is one of 30 music writers to help compile the 90-strong longlist for this year’s competition. 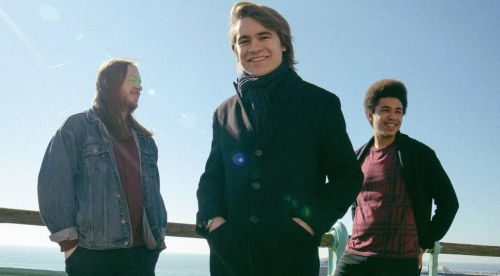 “The band’s strong vocals and a pop sensibility, reminiscent of the likes of Phoenix, further add to their appeal.”

Commiserations to our other two choices, Saachi and Laura Goldthorpe, who also submitted very strong entries, as well as the other long-listers who missed out.

The winner will earn a main stage slot at this year’s Glastonbury Festival a well as a £5,000 Talent Development prize from PRS Foundation.

Two runners up will also each be awarded a £2,5000 PRS Foundation prize.