We were torn tonight as Louise Redknapp is playing literally just down the road. Do we go for some vacuous old pop shite or plump instead for Jesse Malin,  the New York ex-punk rocker with more attitude than Judge Dredd on acid ? No brainer really.

We are barely three months into 2020 and I have just witnessed what may be the gig of the year .

Having caught Jesse Malin six months ago giving Chuck Prophet a run for his money as support on his UK tour, he really impressed the assembled throng despite it being an acoustic slimmed down set.

But tonight we get the full band with bells ,whistles and climbing on the furniture. The phrase ‘full on’ would be apt, he puts his heart and soul into his shows, he’s a bit like Springsteen but with more hair and not as rich (not yet anyway). 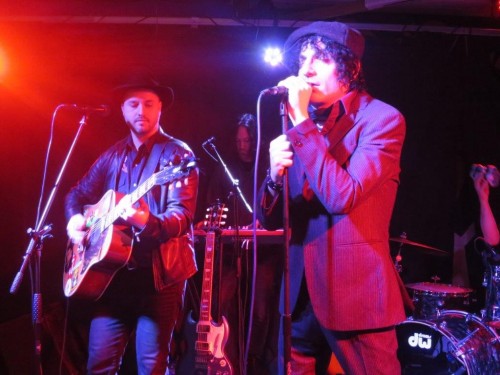 His new album Sunset Kids is a corker, full of tremendously tuneful mini anthems. I would go so far as to suggest it is his best yet, co produced by the legendary Lucinda Williams it overflows with Malin magic.

Obviously he played most of the album and the sold out crowd seem to already know the words. They sang along heartily to Chemical Heart, Room 13, Meet Me at the End of the World and especially Shining Down.

The latter he movingly pre-ambled with a story about his ailing father who wanted to hear the new album before he passed away. Sadly he died during the recording and Jesse never got the opportunity to play him the finished article. The lyrics reflect this beautifully, all wrapped up in a chorus of unbridled love and hope. 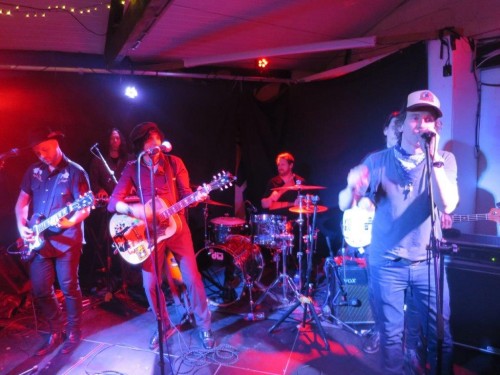 He even did a cover of The Ramones Rock and Roll Radio ! Naturally, the crowd went ballistic. He does a good line in covers, as he also did top notch versions of Rudy Can’t Fail, and Crawling Back to You by the late Tom Petty.

Malin dipped into his solo breakthrough album The fine Art of Self Destruction (2003 ) for a rocking version of Wendy. Here he went walkabout in the crowd, climbing on the bar with a brilliant theatrical bravado that added to the general air of excitement. 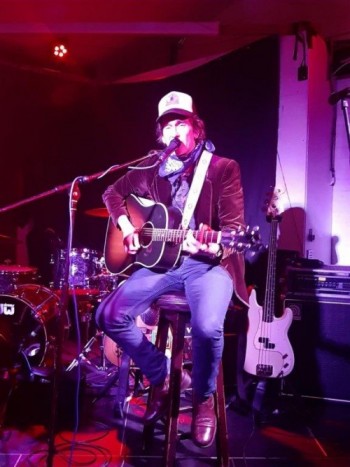 A mention also for the venue. We were worried when The Maze closed down last year but I don’t think we have anything to fear. The Cold Store is going to prove a worthy successor, great acoustics, slightly larger and yet retaining an intimacy we all like (oh and it looks like they’ve repaired the leaky roof ).

If I didn’t work nights I’d be going to every gig on this tour. He’s one of those performers that generates a loyal rabid fanbase. And when I’ve had a whiskey there’s no one more rabid than me.

Brilliant band, great vibes and a wicked night out.

Seriously, checkout Jesse Malin’s Sunset Kids, it is such a magnificent piece of work.