I imagine most of you reading this review of this year’s End of the Road 2021 will be suffering those horrible post-Covid, gig scarcity blues.

It’s been far too long since we have met complete strangers in a big field together. Felt that bond. That vibe. That feeling of being home with thousands of like-minded people.

So as 2021 starts to fade like the colours on a hippy tie dye t-shirt, we are at least able to enjoy the remnants of a decimated music scene.

Boomtown and Glastonbury cancelled. Greenman bucked the trend recently and thanks to a last-minute reprieve from the Welsh government, went ahead. And End of the Road is back. 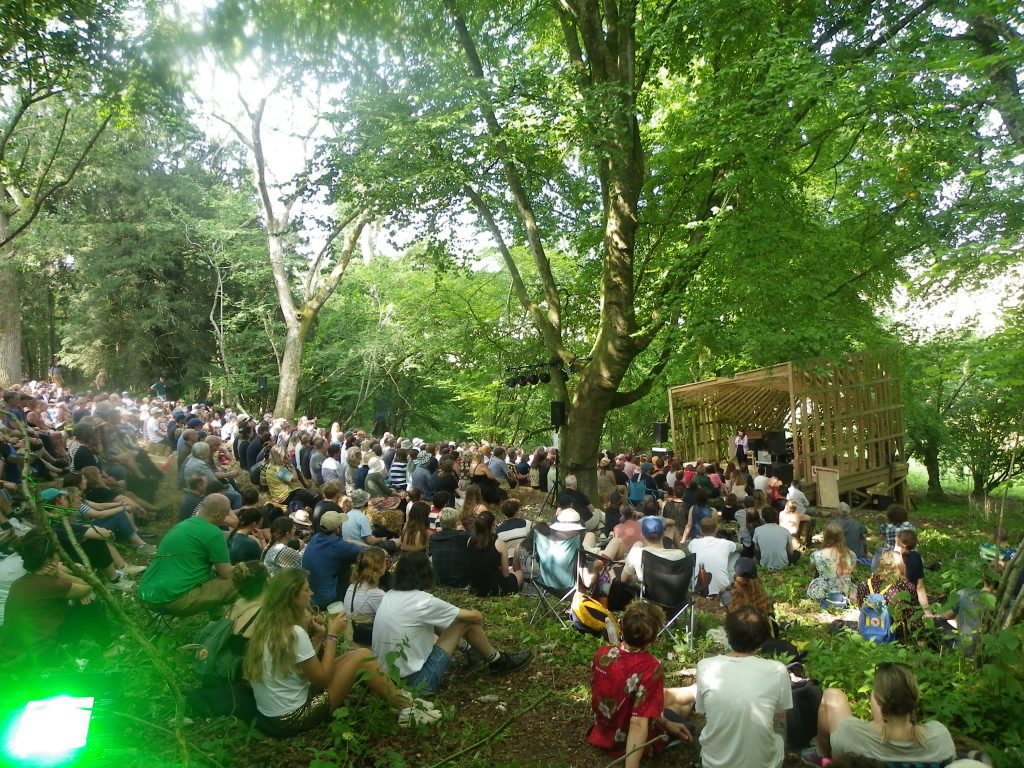 Crowds gather at End of the Road 2021

The festival is now in its 15th year and despite a distinct lack of overseas acts, again due to Covid, still has a fabulous line up with lots of diversions, both musical and otherwise. There is something for everyone. Crafts, poetry, interviews, lunacy and a musical palette to die for.

At one point driving past Porton Down on Thursday, the top-secret UK chemical arsing about centre, I’m convinced that we drove through some really potent hallucinogenic cloud escape. This would account for a lack of coherence in this review and seeing Janis Joplin do a great set inside a two-man dome tent near a pond on Saturday, honest.

Arriving late Thursday night a kind flock of peacocks help us erect the tent and we approach the main arena, by sheer coincidence we are met with a large selection of beers in a marquee, it would be churlish not to investigate. Stereolab are kind enough to provide a suitably trippy soundtrack, they begin hesitantly but after 20 minutes things kick in and we are grooving to. French disco like it was 1993 all over again, brilliant! 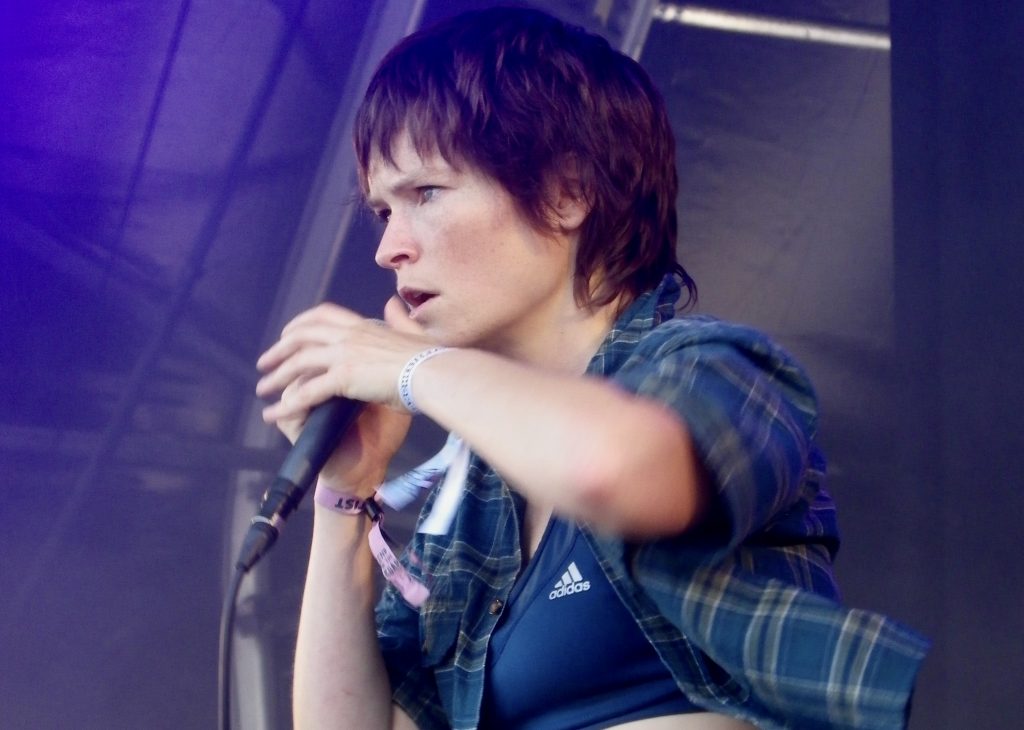 A quick tour of the cider bus and an ensuing dream about French peacocks driving a double decker bus through Salisbury town , we then retire and prepare for Friday proper.

Three cups of milky tea and some shit toast for breakfast and we are ready to rock. But we don’t rock, instead we sit in a hot marquee watching a black and white film called ‘Bait’ with a live soundtrack from Gwenno and Angharad Davies. It was a little grim. Mind you I am a philistine.

Just Mustard kicked up a storm in the Big top later that day, you could have stayed in there for the rest of the day. Some absolutely fantastic sets from especially Trash Kit, Goa Express and my new favorite Lonelady.

On the Tipi stage we vibrated wildly to Me Rex with some highly polished folk rock, followed by an explosive chap in a suit, Wesley Gonzalez. By now acts were beginning to seriously clash, a rush over to see a slightly ramshackle performance from BDRMM, which was a pity because the new album is rather fine. 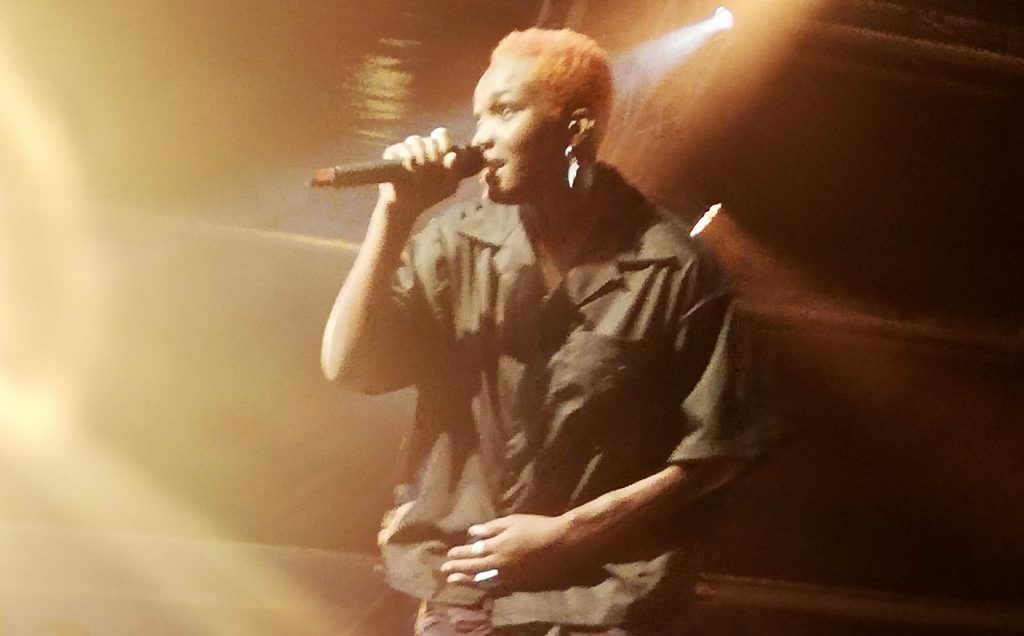 Friday though belonged to Arlo Parks, she came on that stage like she owned it, not in an aggressive way, just immensely humble and likable, great voice, unbounded confidence, and with not a few great tunes, she’s destined for the big time.

From 10pm until 3am Saturday a thing happened, a wonderful personal thing, lets move on.

Saturday was moving into sixth gear we took our foot off the brake. The peacocks were at a safe distance, Squid were tremendous, everything you have heard about the live shows was true, man that drummer! But they had competition as Lazarus Kane destroyed the Tipi tent.

And what better way to finish off the day than with the Sleaford Mods, They’re angry, they’re badly dressed, their main man (Jason) swears a little bit. They smashed it as the kids say.

The next few hours were spent talking about black holes, life after death and the stuff you find in the miscellaneous items aisle in Lidl.

Sunday and the weather just went tropical. Journeys into the woodland areas proved hugely entertaining, a comedy stage, a kids area, fairy lights, a woman with a windfarm propellor on her head, all the usual stuff! 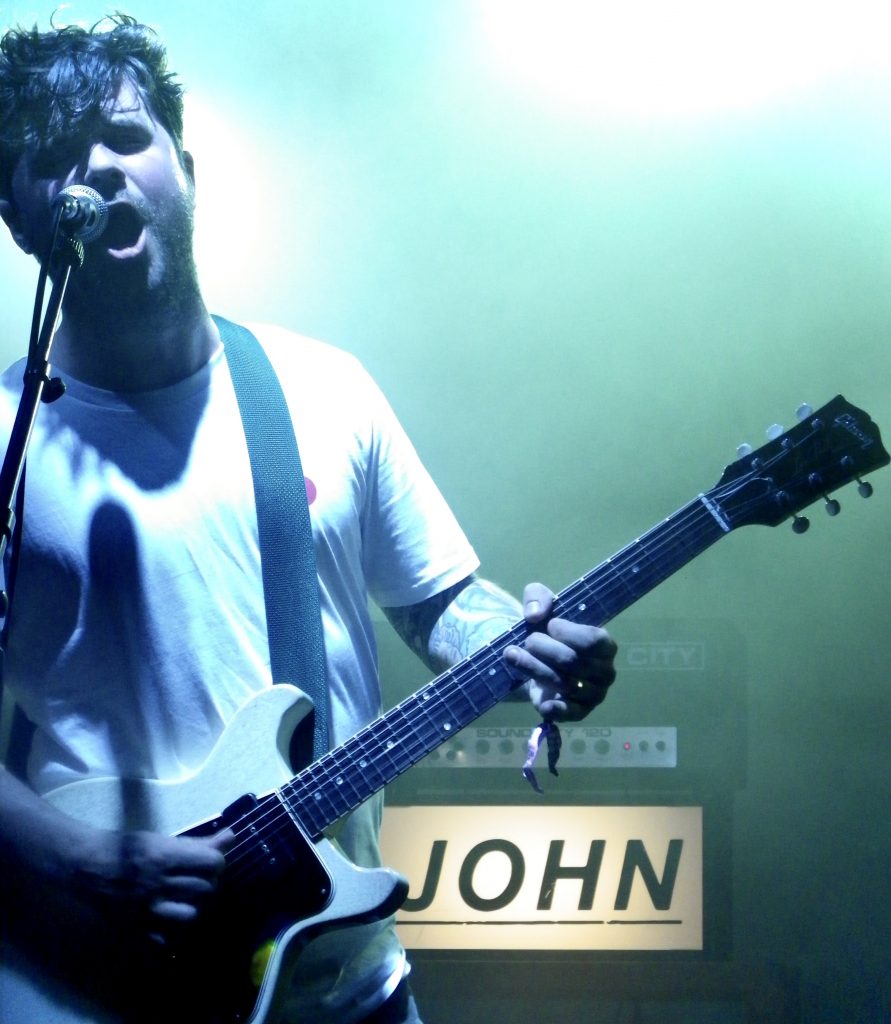 As for the music, John were incendiary just an extremely aggressive loud guitar and some shit kicking drums. You probably heard of Billy No Mates on the Sleaford Mods tune Mork n Mindy, she did such an energetic set on the woods stage, it was hard not to be impressed, she was like a moving target, fantastic renditions of Modern hart, Hippy elite and Happy misery from her 2020 self titled album.

From one extreme to another as Shirley Collins reduced people to tears but in a good way and Charly Cunningham was an acoustic delight. As with all these type of events you miss so much, is there anything worse than being told the next day how fantastic Hot Chip, Field music, or Warmdusher were ?

Late on Sunday evening I was captured by a renegade gang of fundamentalist peacocks, then forced into the back of a transit van and taken back to Porton Down, where they swore me to secrecy and to never to mention Bait again.

Words and pictures by John Haylock