From She Drew the Gun to Declan McKenna, the Glastonbury Festival’s Emerging Talent Competition has a strong track record in recent years of unearthing successful and innovative acts.

This year’s winner Lewis McLaughlin, from Glasgow, looks set to follow in their footsteps after a particularly strong ETC finals, held at the Pilton Working Men’s Club, near to the festival site. 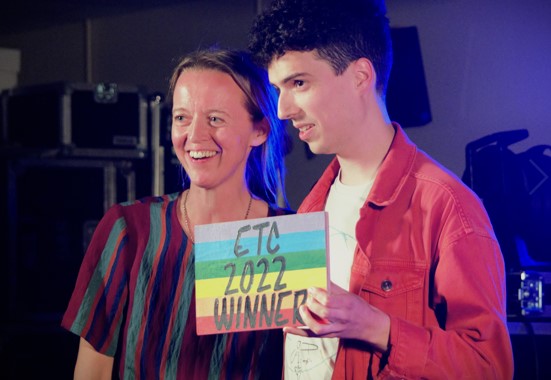 The competition offers the winner the exposure of a Glastonbury Festival main stage slot as well as £5,000 in development funding from the PRS Foundation.

In the end McLaughlin proved the complete package. Great songs, great performance, engaging with the crowd and crucially an act that is at the start of what proves to be a promising career.

He admitted that this is his first gig outside of Scotland. And while strong, his folk tracks I listened to the next day on Spotify currently fail to capture the power of his live set. He needs not just exposure but the development fund to bring him to new audiences and fine tune his recorded sound. 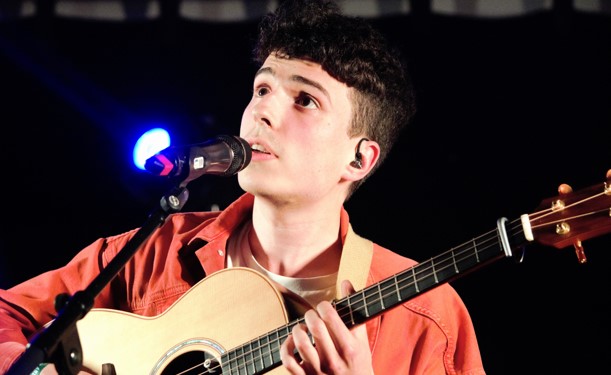 Any number of the acts on the night could have been worthy winners. All engaging with the crowd well and eager to grab a place on a main stage at the festival. The current UK music talent pool is strong.

As one of around 30 longlist judges, I noticed a significant ramping up of quality in the acts I heard this time around. We could only pick three each, to be whittled down to tonight’s collection of acts. But I’m sure I speak for many other judges when I say it was a tough task to find only three acts to put through. Perhaps lockdown has been the reason. Artists spending more time honing their song writing skills and treasuring each second they can perform to an audience, after months of online gigs and waiting.

Among others to particularly impress tonight’s judges were the two runners up acts, including Leeds based English Teacher, a true original indie rock act. 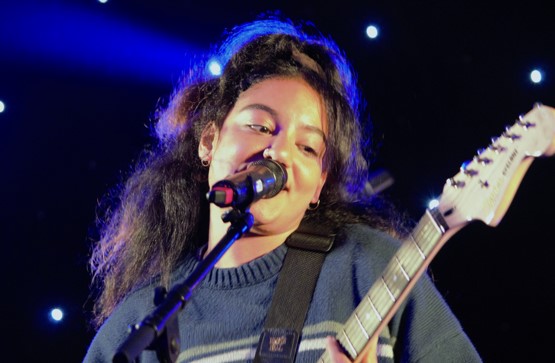 English Teacher’s tracks veer this way and that, from Sonic Youth breakdowns to angsty poetry. There will be comparisons with Dry Cleaning and their fans will like a lot about English Teacher, but the Leeds act, fronted by singer Lily Fontaine are their own beast. 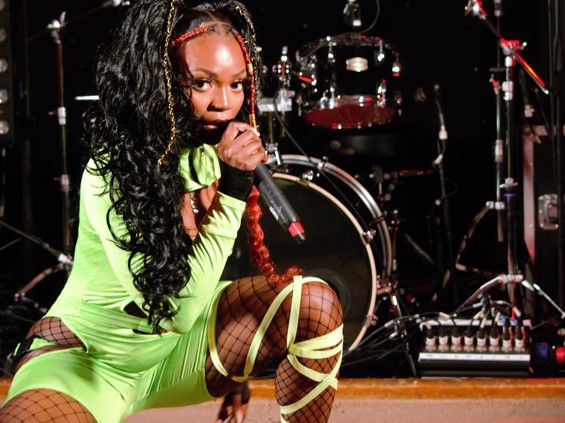 The other runner up was Crae Wolf. A London rapper who delivered a ready-made Glastonbury set, with crowd involvement aplenty. Incendiary at times, vaudeville at others. Great fun.

Crae Wolf and English teacher both earned themselves a £2,500 PRS Foundation cheque for their performance.

Elsewhere, there were plenty of acts that could easily have won. Nia Wyn, a Welsh singer based in London has arguably already emerged. After selling out shows in the capital and supporting Paul Weller, she is the finished article and her polished performance proved that. 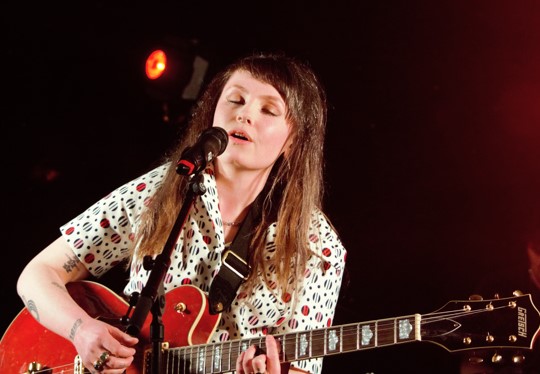 In announcing the winner festival organiser Emily Eavis revealed that all the finalists will get a chance to perform at this year’s event. Nia Wyn is an act I’ll be seeking out again. Two tracks were not enough.

Brit pop inspired Sofy, from Leicester, is another. Top performance marks for her band dressed in matching pink overalls. She delivered a strong set reminiscent of St Etienne in places, Lily Allen in others. 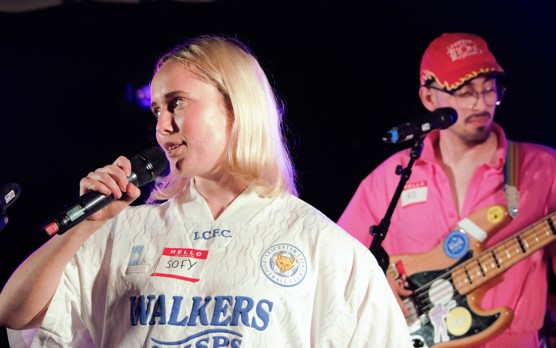 Two other singer songwriters completed the finalists, including Amahla. I have four words in my notes for her set, “chatty, funky, soul and engaging”. She brought the crowd into her world and made us all feel like old friends. Great performance. 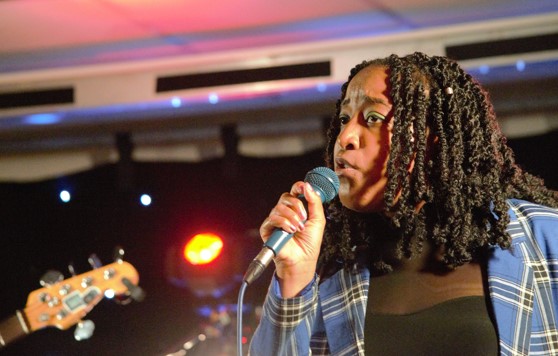 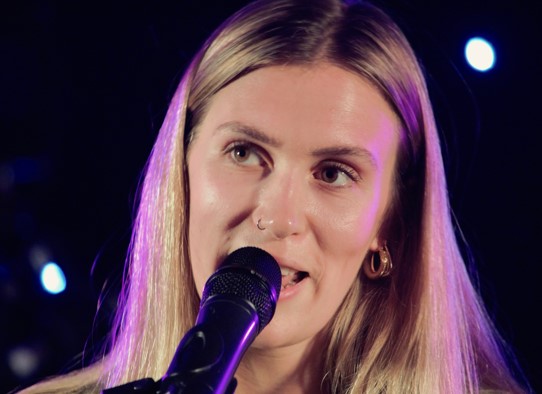 Sadly, due to illness Smoothboi Ezra could not attend. But they have been invited back for next year’s event, to ensure they do not miss out. I think we’ve all missed out enough through illness in recent years.

Another to miss out recently, is R.A.E, who won in 2020 but couldn’t perform at the finals or the Glastonbury Festival, which had to be  cancelled that year due the Covid pandemic and lockdown. She was invited to perform this time around, during a smart, returning champion set. 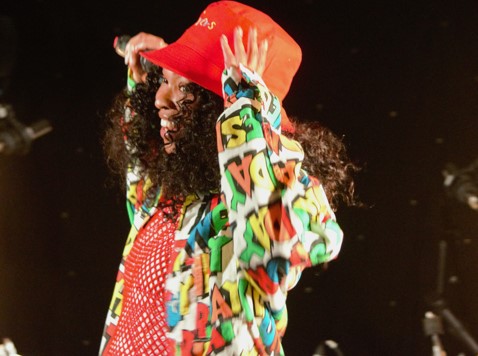 There was another treat for the audience at Pilton, with Ukrainian singer Nadia delivering a powerful acapella song from her ravaged country. It was understandably powerful and full of emotion. 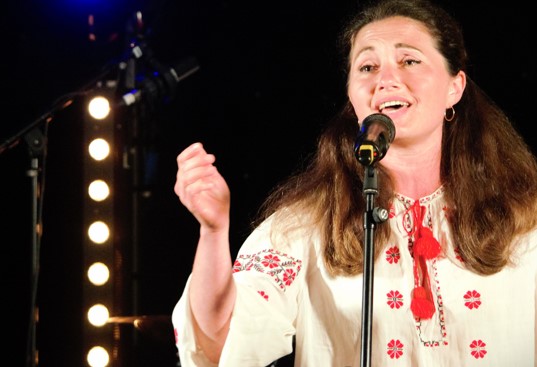