On a weekend that saw the UK come second to Ukraine in the Eurovision song contest, it is only fitting that The Divine comedy frontman Neil Hannon is centre stage tonight.

After all it was he that co-wrote and sung the classic My Lovely Horse, the best Eurovision song that never was on Channel 4 comedy Father Ted.

Since he first appeared on our collective radars in the 90s, Hannon, under the guise of The Divine Comedy, has carved out a totally original niche. An orchestral bent, combined with superb lyrics and an incisive pop sensibility.

But can a skinny man in a suit and tie rock?

He comes on and has a small coffee table at his feet, it contains a vase of flowers and a glass of seemingly endless red wine of which he partakes on a very regular basis.

With his six piece band he tears into a two set show, which emphasises his dexterous lyrics and innate skill with a memorable chorus. 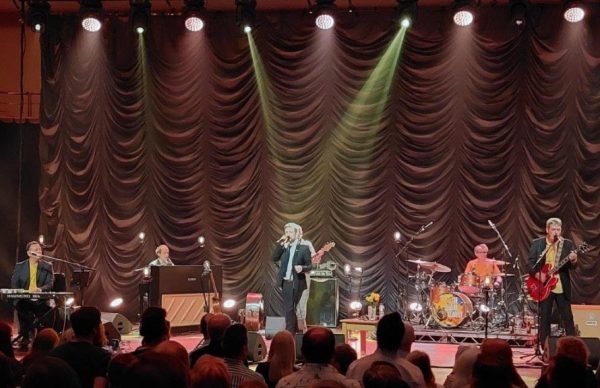 It’s an unashamedly greatest hits show and the songs come thick and fast, Queue Jumper and the wry Norman and Norma are from their most recent album, the terrific Office Parties.

We revisit the fabulous At the Indie Disco and you gradually realise what a great back catalogue of tunes they have in their armoury. Generation Sex, Something for the Weekend, Becoming More Like Alfie, what a hoot!

A short break and we’re back on the National Express, everybody is on their feet now and Hey ! Nottingham Forest are two games away from the Premiership and we’re going to dance to anything anyway.

A riotous version of How Can You Leave Me On My Own and The beautiful Lady of a Certain Age are  astonishingly good.

Three encores, an ecstatic crowd and a bloke who couldn’t stand up in the toilet queue, a great night.

I’ve walked out of at least three gigs over the years at this venue ( because I’m an opinionated old git) Prefab Sprout, Tori Amos and Black Sabbath.

One of the greatest shows was Talk Talk, you can now add Divine comedy to the latter, superb…ten points, minus one for not doing My Lovely Horse.

This really was a nice double bill as the latest Bella Union signing Ren Harvieu from Salford Manchester supported. 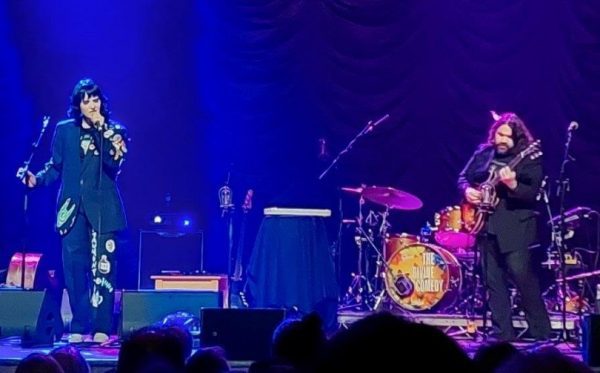 Tonight she is ably assisted by that bearded gentle giant of a man, Romeo from The Magic Numbers who adds sublime keyboards and guitar to Ren’s quiet impassioned set.

She is a compelling performer, honest, shy, genuine, she deserves your love.