A reluctant admission, until three weeks ago I had never heard a thing by Vetiver. I’d heard the name of course but never investigated further, my first mistake.
Vetiver is the name under which San Franciscan Andy Cabic records, often with a band of friends and drop in guests.
For the last two decades he’s been rather prolific with at least seven studio albums and a number of collaborations.
If I tell you that on his debut album he got both Devendra Bernhardt and Hope Sandoval (Mazzy Star) to join him in his freaky folk endeavours you might get a vibe as to where he’s coming from. 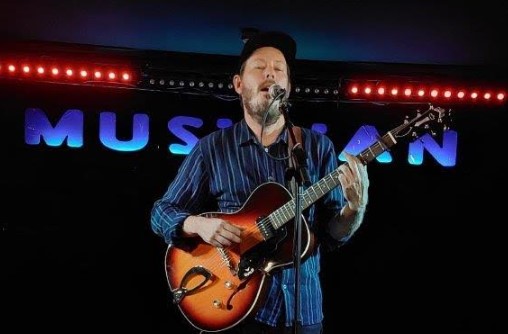 Tonight he’s solo and turns in a set of captivating semi acoustic tunes sung with passion and a guitar style that appears easy but only comes with studious diligence and artistry, despite the criminally sparse crowd those that were there show great appreciation.
I’ve ordered three Vetiver albums on the back of his performance tonight. After the show we chatted for ages about his influences (would you believe My Bloody Valentine and all things Shoegaze ?!) His love for The Grateful Dead (specifically 1972 era!) and Hawkwind, and of course I had to enquire about how he got the legendary Hope Sandoval on board for that debut album, an all round good guy.

Support tonight from Alexia Avina also from the States. I think ‘ethereal’ covers it, one electric guitar, a couple of magic pedals and behold! 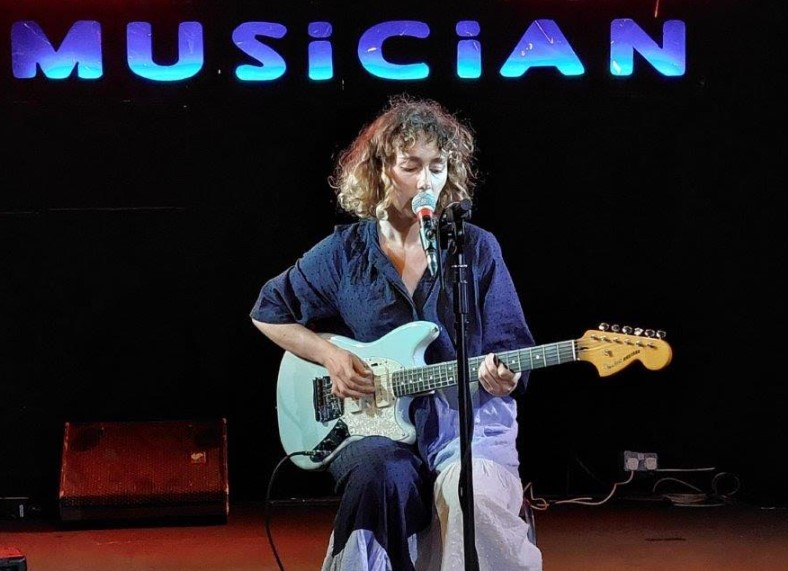 Swirling, mesmerising, looping FX and an angel’s voice hovering above. I bought her album, it is stunning, totally chilled, ambient but without the boring.
Mind you, don’t expect a conversation. Second mistake.
Words by John Haylock, photos by Arthur Hughes