Bleed Out by The Mountain Goats is a banger from start to finish.

It is packed full of punches, hits, sing-along choruses and in Wage Wars Get Rich Die Handsome it has arguably the best song title of the year.

Bleed Out feels as action packed as the crime and thriller movies of the 1960s to 1980s that have inspired it.

Asked by those who dip in and out of the band across the years which of their albums it’s most similar too, Heretic Pride from 2006 springs to mind. That too was oozing with catchy indie rock classics and like Bleed Out is a great entry point for those unfamiliar with the band.

The first three tracks exemplify this. Training Montage, where frontman and song writer John Darnielle does his wonderful nasal angry vocals. This is an instant classic, great single and perfect for the larger venues the band must surely be playing after Sunset Tree’s This Year became the soundtrack to lockdown two years ago.

Then comes Mark on You, another stellar single and the opening trio is completed by the previously mentioned Wage Wars Get Rich Die Handsome, two minutes of perfect punk. But only the sort of punk The Mountain Goats could do. And my word, that title! 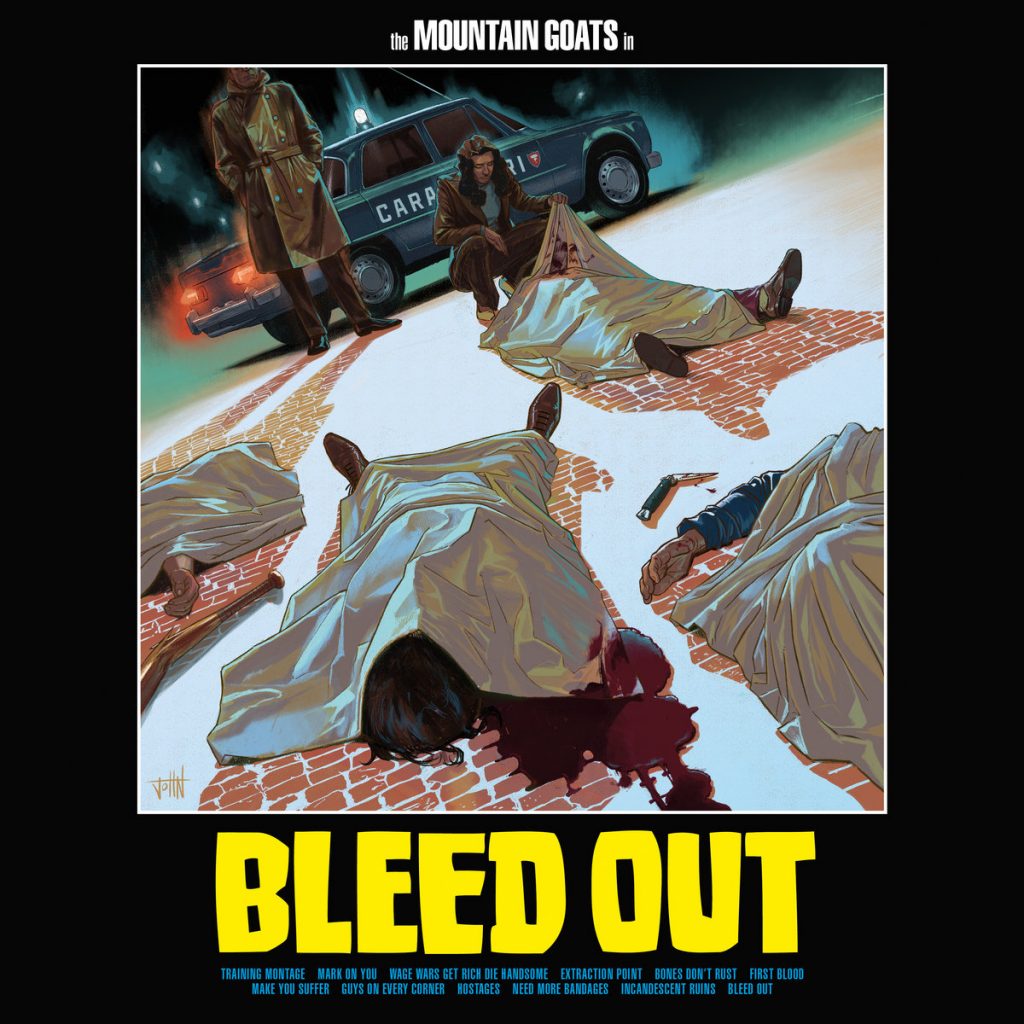 Extraction point takes the pace down slightly. But only a little, like catching a breath between murders in a film, and showcases that wonderful variety of sound that multi-instrumentalist Matt Douglas has brought to so many recent Mountain Goats releases.

First Blood and Incandescent Ruins are among other favourites of mine, across a 12-track collection that doesn’t let up in quality.

Another track mention though has to go to the seven-minute Hostages and the lead guitar. It’s the sort of solo that you can lose yourself in. I could have done with another seven minutes, to be fair.

And as ever Peter Hughes on bass and drummer Jon Wurster keep the pace moving as smartly as the movie plots Bleed Out evokes.