Here’s the fourth part in our list of bands that changed our lives. These are more than just our favourite bands, these are bands that altered how we think about music and provided the soundtrack to our lives. To see the other bands previously  featured in this series click here.

The Mountain Goats are among the most recent addition to our list of bands that changed our lives. While we have grown up with the likes of other entries such as  Camper Van Beethoven and XTC, it wasn’t until 2005 that I first heard the band, which is fronted by one of America’s best living songwriters John Darnielle.

I’ll set the scene back in 2005. I was scrolling through one of those Last.fm recommended artists lists. I think I was somewhere near Okkervil River, when The Mountain Goats name popped up.

The track was ‘This Year’, one of the best tracks from the album The Sunset Tree, which promptly found its way into my collection. It’s a great starting point. This 2005 album is a concept album of sorts, about Darnielle’s recollections of growing up in an abusive home. Living in fear of his violent step father, listening to music on his little record player (Dance Music) and escaping into teenage drugs and drink oblivion (This Year). It’s a masterclass in survival.

The strange thing about the album, even with its harrowing subject matter, is that at no point is it depressing. Its uplifting, its full of hope and in final track ‘Pale Green Things (which made our Top Top Ten Tearjerkers feature ), he recalls his step father’s death and happier days with him at the races. It offers hope to all those struggling with their demons. 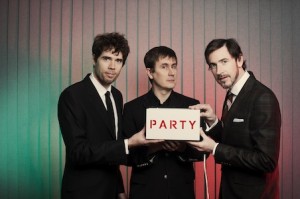 Music with depth, lyrics with meaning. They are out there, but rare. This is why the likes of Darnielle, and another of our favourite US artists David Lowery, are so impressive. That is why Mountain Goats became my new favourite band.

From Sunset Tree I dug further, discovered that Darnielle used to be a psychiatric nurse, was one of those bedroom recording artists, churning out lo-fi tracks on cassette. Eventually he was snapped up by 4AD, where a full band developed and eventually became a trio, of bassist Peter Hughes and the  bullet like drumming of Superchunk’s Jon Wurster.

Among other highlights are 2002’s Tallahassee, 2008’s Heretic Pride and the latest from 2011 All Eternals Deck. The more I heard the more I fell in love with Darnielle’s song writing.

He sings about his own life, but also others. He is a story teller above all. ‘No Children,’ on Tallahassee is a particular favourite about an elderly couple full of hate for each other and the world.

Themes began to emerge; when he wasn’t driving fast in a teary rage he could often be found in someone’s arms, crying like a ‘babbling brook’. I realise that I’m creating a depressing picture here. But I repeat, while his subjects are sad and emotional at no point do the songs make me sad. All I hear is hope.

So how has Darnielle’s babbling brooks of teary songs changed my life? It’s revitalised my love of good song writing. Discovering the band also came at a time of my life when I became a father and moved from my childhood City to the rural landscape of Somerset. It was a reflective time and Darnielle’s songs offered a powerful reminder of how important a nice safe home is for kids.

The Mountain Goats have also stirred my belief that music can help people. As a freelance journalist I write a lot about children’s social care and hear some harrowing stories. I can see no reason why The Sunset Tree isn’t made freely available at children’s homes. Even if it offers hope to just one child living in fear or battling demons  then I’d be a happy man. I suspect Darnielle would be too.

1. The Best Ever Death Metal Band in Denton

9. Ezekiel 7 and the Permanent Efficacy of Grace