We are entering the home straight and edging ever nearer the Top 10 best indie and alternative albums of all time.

We have been releasing this list ten at a time every Friday. We hope you enjoy this sixth instalment. The rest of the Top 100 can be found here. 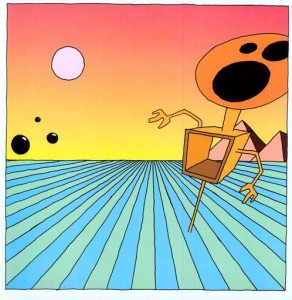 Pitchfork’s 9.6/10 score followed by the words “if you consider yourself a fan of groundbreaking pop, go out and buy this album right now. Now. Get up. Go,”  perfectly sum up the brilliance of 1999’s Emergency & I. The third album by this Washington DC band is packed full of creativity. As  another of the city’s key bands Fugazi did a decade earlier Dismemberment Plan took punk and pulled and stretched it this way and that.  Songs about growing up, about finding work and love in the city are strewn across the album but it’s the  song construction that is perhaps the most intriguing aspect. Across each track there’s a sense of chaos in the verse that eventually explode into the tightest bunch of anthemic choruses you will ever hear. As Pitchfork said in 1999, what are you waiting for, get out and buy this. 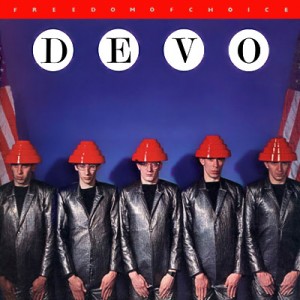 After their punky debut and scatter-shot second album Freedom of Choice showed Devo creating an album with a cohesive feel and a strong band identity. The guitars are still evident (especially on the genius pop opener ‘Girl U Want’) but this is the album where they became a predominantly synth based act. The thumping drums and pulsing synth bass-lines propel the album along at pace and add order behind Mark Mothersbaugh’s vocals and the effects heavy lead lines. Devo are a much more literate band than people give them credit and the lyrical themes of the human experience of life and relationships run through the album. ‘Whip It’, their best known song and biggest hit, looks at the relationship side and the title track explores people’s reluctance to exploit the freedom that modern life has gifted us. Devo are a band whose image and style has served to distract from their qualities as musicians and songwriters, if you want proof that there is more to them than radiation suits and flowerpot hats (or, to give them their correct name ‘Energy Domes’) then give this album a listen. 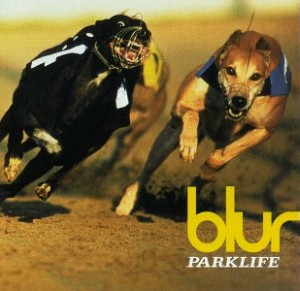 “For me, Parklife is like a loosely linked concept album..it’s the travels of the mystical lager-eater, seeing what’s going on in the world and commenting on it,” says Blur frontman Damon Albarn of the band’s third  and best album. We almost see what he means. The album does indeed feel like a journey through London, meeting its characters and experiencing their moods, from the synth pop hits of ‘Girls and Boys’ to the whirly gig instrumental ‘The Debt Collector’ through to the soulful ‘To The End.’ Nearly 20  years on it remains one of the finest English pop albums ever released, to be ranked alongside some of the best work of those that influenced them, most notably The Kinks and XTC. 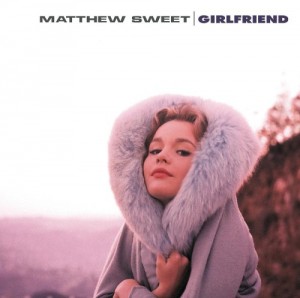 Singer-songwriter Matthew Sweet was following a similar path to Teenage Fanclub in 1991 with his power-pop release Girlfriend, very much influenced by the jangle-pop of The Beatles, The Byrds and Big Star. Backed by an all-star band that featured (among others) Television’s Richard Lloyd and Lloyd Cole on guitar it is an album that is classic and timeless all at once. The melodies on the album are classic pop and work brilliantly against his slightly grizzled vocals, ‘I’ve Been Waiting’, ‘Looking At The Sun’ and ‘I Wanted To Tell You’ all stand out as instant classics. It is also very much a guitar album and he isn’t afraid to let the band rock when it suits, such as on the opener ‘Divine Intervention’ and ‘Evangeline’. It was a big hit for Sweet, despite having been dropped from his major contract prior to its release, and led to a string of successful albums in the 1990s. The 2006 release is worth seeking out for a host of bonus tracks and demo versions. 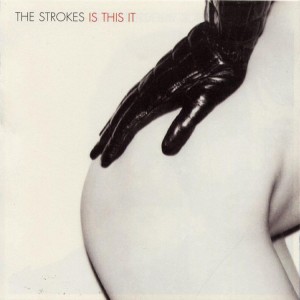 Sometimes keeping it simple can be the most effective policy in music. The Strokes did this superbly on their stunning 2001 debut Is This It. Like a dirty punk Velvet Underground this is track after track of hook laden, simple guitar rock. It reinvigorated a genre of indie rock that was looking for a new set of faces and The Strokes were certainly that. With singer Julian Casablancas they were the personification of cool, street smart young punks belting out raw tunes all at around the perfect pop three minute mark. Since then they have failed to capture that sense of youth and energy, with even their comeback album Angles receiving lukewarm reviews. While ‘Last Nite’ is a particular highlight of Is This It, this is exactly the kind of album you can bask in from start to finish, marvelling at how effortless it all sounds. 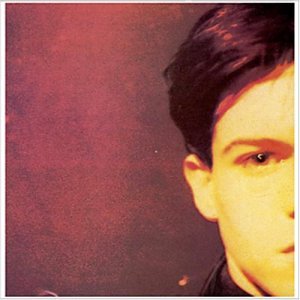 When Lawrence Hayward (known only as Lawrence) formed Felt he announced  they would release 10 albums, 10 singles and spilt-up after 10 years, and that is exactly what they did. Their 6th and best album, Forever Breathes the Lonely Word, showcases a perfect indie-pop sound, a sound that epitomises the C86 era (although Felt weren’t featured on that particular compilation). You can hear the influence of the band on artists as varied as Belle and Sebastian, The Manic Street Preachers and The Tyde, and their sound is captured perfectly on the 8 songs here.The music is catchy pop perfection, and Lawrence’s vocals and lyrical themes are interesting enough to make it something just a little bit special. Any album that includes a song titled ‘All The People That I Like Are Those that Are Dead’ demands just over 30 minutes of your time surely? 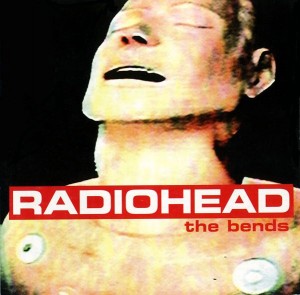 Back in 1995 when Radiohead were just starting out on their road to stadium pomposity they produced this gem of an album. It came almost out of nowhere for this at the time barely passable indie rock act, who had previously only mustered one half decent single in ‘Creep’.  Clearly they’d been storing up their best stuff for The Bends. From start to finish it is packed with some of the most epic tracks in indie rock as the band revelled in discarding the grunge influence on previous album Pablo Honey and finding their own sound. It is no surprise that John Leckie, who so far is this list’s most prolific producer, was at the helm. He deserves high praise for The Bends, which features highlights including ‘Street Spirit (Fade Out)’ and ‘High and Dry’. The Bends impact on the band also cannot be underestimated. It gave them the focus to produce OK Computer, which is widely regarded as their masterpiece, and propel them to their current position as one of the UK’s biggest rock acts. 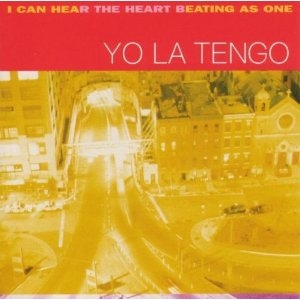 By the time they released I Can Hear The Heart Beating As One in 1997 Yo la Tengo were firmly established as a trio with James McNew’s bass supporting the guitar/vocals of Ira Kaplan and the drums/vocals of Georgia Hubley. Yo La Tengo are the quintessential geeks indie rock band and it might surprise new listeners to hear what a varied and playful record this is. The dreamy instrumental opener ‘Return To Hot Chicken’ is followed by the funky ‘Moby Octopad’ before moving to the Sonic Youth meets shoegaze feedback and squalling guitars of the ‘Sugarcube’. The album features the usual selection of cover versions with the Beach Boys ‘Little Honda’ being a particular success. McNew throws in the acoustic gem ‘Stockholm Syndrome’, nicely breaking up the album at the mid-way point. It is an album of so many high points that it is hard to pick a favourite track, so I’m going to sit on the fence and pick two. The organ lead ‘Autumn Sweater’ is dreamy, melodic and evocative, ‘Center of Gravity’ is a lovely piece of kitsch bossa-pop with some great vocal interplay between Georgia and Ira. This album is an example of just how inventive, fun and exciting American indie rock can be. 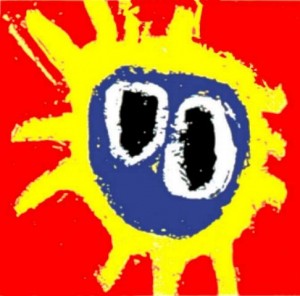 So many  indie bands, from The Soup Dragons to That Petrol Emotion, attempted to embrace dance music and the emerging acid house scene during the early 1990s. But while most failed Primal Scream’s Screamadelica was a shining example of success. With DJ Andrew Weatherall behind the desk for much of the album Bobby Gillespie’s Scottish indie rockers were transformed. ‘Loaded’ and ‘Come Together’ are among the most successful dance music influenced singles, but the album has so much more than simply merging acid house with indie rock. 1960s Psychedelia, gospel and blues are among other striking influences. Among our  favourite tracks is the band’s excellent version of The 13th Floor Elevators ‘Slip Inside This House’. The album deservedly won the 1992 Mercury Music Prize and brought success for the band that has continued to this day despite numerous line up changes.  Screamadelica was re-released in 2011 with a whole bunch of extras that are worth checking out. 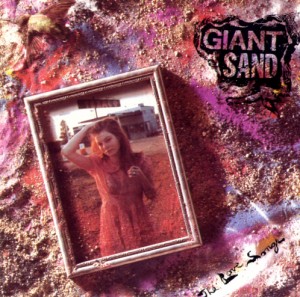 The Love Songs was Giant sands 3rd album and stands as a high watermark for Howe Gelb’s oft-changing desert rock band. The band was made up of Green On Red’s Chris Cacavas on keyboards, future Calexico member John Convertino on drums and former Go-Go (and Gelb’s then wife) Paula Jean Brown on bass. Matched to Gelb’s dischordant guitar and husky vocals they produce a great sound that is constantly walking an attractive fine line between order and chaos. Listeners more used to Gelb’s recent output may be surprised by how rocky and catchy the songs are here. The bar room jazz elements are present but the guitar work wouldn’t be out of place on a J Mascis record. ‘Wearing The Robes of Bible Black’ (a world away from the version featured on ‘Sno Angel Like You) kicks things off perfectly and the songs thunder along nicely right up until the closing track, a wistful take on Lieber and Stoller’s ‘Is That All There Is’. An essential record for anyone who wants to hear how good country rock can sound.