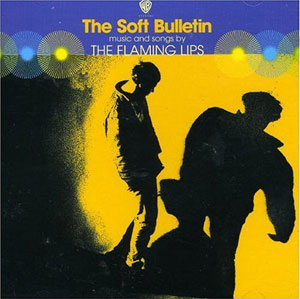 Soft Bulletin from 1999 marked a change of direction for The Flaming Lips from their experimental  earlier albums to a more conventional  rock sound. Although  coming after Zaireeka, their four disc album to be played on four separate stereo systems simultaneously, arguably anything would have seemed conventional. ‘Race for the Prize’ and ‘Waiting for Superman’ are among many highlights on their ninth album Soft Bulletin, but perhaps our standout is ‘The Spark That Bled’, a perfect example of how the band managed to merge their sentimental charm with a psychedelic edge. This commercial direction for the band was to continue for the next two albums, with great effect on album number 10 Yoshimi Battles the Pink Robots. By their 11th album At War with the Mystics this focus on pop music seemed a little tired and they made a welcome return to  their experimental roots with the sprawling 2009 double album Embryonic. 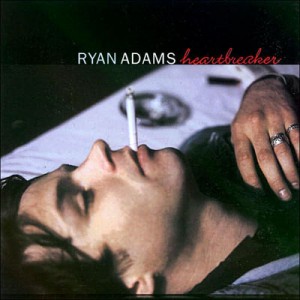 On his first solo outing after splitting Whiskeytown Ryan Adams recorded a surprisingly honest and sensitive album considering his alt-country bad boy reputation. The album is a homage to the good and bad side of relationships, moving between celebratory and despairing over 15 brilliant tracks. After an opening conversation about Morrissey albums it kicks into the rollicking country-blues of ‘To Be Young (Is To Be Sad, Is To Be High)’ before settling into a quieter acoustic feel for the remainder of the album (excepting the Stonesy ‘Shakedown On 9th Street’). Backed by David Rawlings and Gillian Welch (two of the best players in rootsy Americana) the playing is never less than excellent and the singing (including duets with Emmylou Harris) is top notch throughout. Great singing and playing coupled with the best set of songs in Adam’s, never less than interesting, career add up to a great album.

18. Belle and Sebastian  – The Boy With The Arab Strap 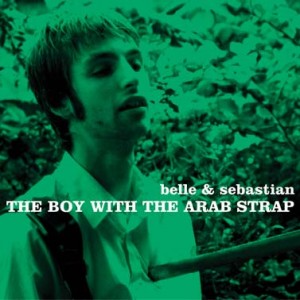 For us aged, fey indie-kids at Neon Filler picking the best Belle and Sebastian is a tough call. Sometimes 1996’s If You’re Feeling Sinister is our favourite, other times Dear Catostrophe Waitress whets our appetitie. But after having a good trawl though their back catalogue in recent weeks the one we keep coming back to is their third album, 1998’s The Boy With the Arab Strap. The production is pitch  perfect allowing the subtle instrumentation to work around lead singer Stuart Murdoch’s stories. There’s some great tunes as well. Among our highlights are the title track, ‘It Could Have Been a Brilliant Career’ and ‘Dirty Dream Number Two’. Guitarist Steve Jackson’s turn on lead vocals on  ‘Seymour Stein’ is another highlight on this much loved album by this much loved band. 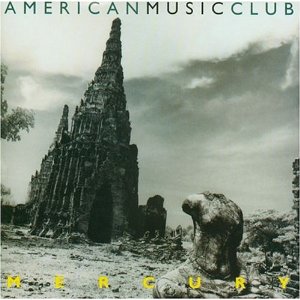 Most critics name the previous American Music Club, Everclear, as the bands finest hour but we think that Mercury just pips it as the band’s true masterpiece. Mark Eitzel paints a pretty bleak picture lyrically on many of the songs here but his soaring vocals, lush instrumentation and warm production soften the blow. It is the most varied album of the bands career mixing slow paced ballads (‘I’ve Been A Mess’), indie pop (‘Keep Me Around’) and loose noise (‘Challengers’). Guitarist Vudi sounds like he is fighting the urge to let rip at all times, but it is this forced restraint that adds tension to the quieter songs. The album contains the bands greatest and best known song ‘Johnny Mathis’ Feet’, a deserving entry into the great American songbook. Eitzel is a confusing and oblique character, but anyone who writes a song with the title ‘What Godzilla Said to God When His Name Wasn’t Found in the Book of Life’ deserves our attention. 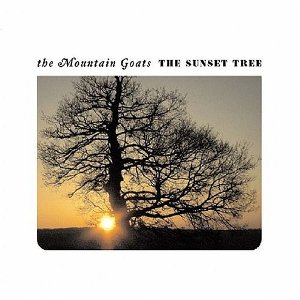 The Mountain Goats frontman John Darnielle is a master story teller. On latest album All Eternals Deck the focus was on other’s lives, including Judy Garland and even Charles Bronson. But on 2005’s The Sunset Tree Darnielle looks to his own life with dramatic effect as he recalls his teenage years in an abusive home. Across the album these deeply personal tales chart his escape into a world of video games, music, drink, drugs and storytelling away from the grim reality of his homelife and his drunken step father. It’s harrowing stuff, but never depressing. The tracks from ‘Dance Music’ to ‘This Year’ are about survival and are full of hope.  Final track ‘Pale Green Things’ provides a  fitting conclusion with Darnielle recalling his step father’s death and remembering a rare nice day out at the race track. For more about The Mountain Goats read our Top Ten Bands That Changed Our Lives article here. 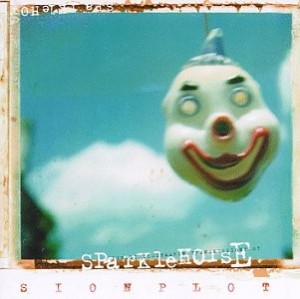 The late Mark Linkous released four albums as Sparklehorse in his too-short life and Vivadixiesubmarinetransmissionplot was a dazzling and mesmerising debut. Played largely by Linkous alone (with a handful of musicians including David Lowery in support) it is an eclectic, sad and beautiful collection. Despite moving between the soft elegance of songs like ‘Homecoming Queen’ to the catchy alt-rock like ‘Someday I Will Treat You Good’ and the dischord of ‘Tears On Fresh Fruit’ it always sounds cohesive and natural. Linkous came from a traditional folk background and moved into alternative rock music, the album suceeds in bringing these styles seemlessly together. This works perfectly on the banjo lead ‘Cow’ with the memorable refrain “Pretty girl, milkin’ a cow, oh yeah”. 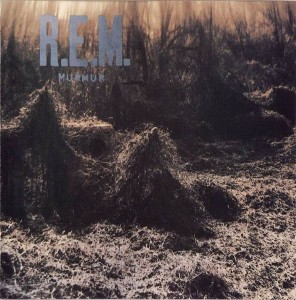 Back in 1982  executives at record label IRS were keen to send their recent signing REM on the road to rock stardom. Only problem was that the band were having none of their methods. Shunning the label’s choice of producer Stephen Hague and pressure to incorporate guitar solos and synthesisers into their music, they instead wanted to create a timeless feel. With producer Mitch Easter, who had worked with the band on their first EP Chronic Town, on board the band managed to get free rein to turn the tracks they’d been touring for a year or so into the album they wanted. From start to finish this is packed with great tracks with first single ‘Radio Free Europe’, ‘Talk About The Passion’ and ‘Catapult’ among many highlights. Musically it’s a mix of The Byrds, particularly through Peter Buck’s guitar style, and Pylon, the eccentric new wave band from their home town of Athens, Georgia. REM’s approach was proved right in the end. Wthin a few months of its release they were well on their way to superstardom, supporting The Police at Shea Stadium and producing a fine run of commercially and critically acclaimed albums throughout the 1980s and early 1990s. 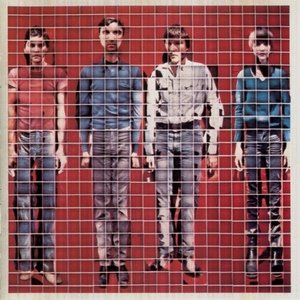 Picking the best Talking Heads album is tough, most of their albums (including either of their live albums) could claim a place in this chart. One of the most important American acts of the 1970s and 80s they mixed soul and funk influences into their jittery new wave sound. More Songs About Music And Food takes a measured step forward from their 1977 debut and embraces David Byrne’s interest in the people and landscape of middle-America. Chris Frantz and Tina Weymouth provide a tight simple backing to the wired frontman and neat guitar interplay with Jerry Harrison adds texture to the bands sound. The album contains few of the band’s best known songs, only their cover of Al Green’s ‘Take Me To The River’ was a hit, but it is their most rounded collection. ‘Found A Job’ stands out in particular, with a great instrumental outro, and is as good a song as you’ll find by any of New York new wave acts. 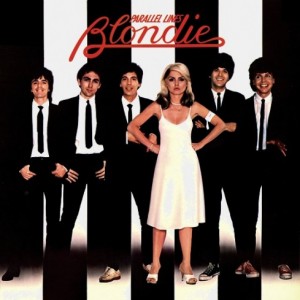 Has there ever been a better female fronted band than Blondie? In our ears and minds the answer is a clear ‘no’. Take Blondie’s third album, 1978’s  Parellel Lines for example. It boasted a ker-ching making six singles among its 12 tracks. What’s more  the album tracks that didn’t make it on to 7” were pretty fine  too. Blending rock, new wave, and even disco on ‘Heart of Glass’, the tracks echo the sixties at times, such as on ‘Sunday Girl’. Under producer Mike Chapman  it was musically inventive too, with the guitar work of King Crimson’s  Robert Fripp  on ‘Fade Away and Radiate’ still capable of sending shivers down our spines to this day. 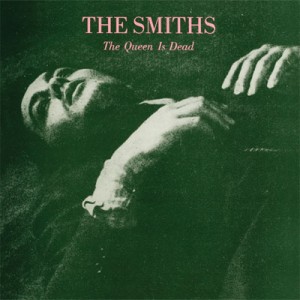 As the album opener ‘The Queen Is Dead’ kicks in with punchy bass and drums you are immediately aware you are listening to something pretty special, and equally aware that Morrisssey was wrong to dismiss the role of Andy Rourke and Mike Joyce in the band. The Smiths were one of the most important bands of the 1980s and it is difficult to overstate tyhe fanatcism of their fanbase at the time. Morrissey is a fascinating figure and, like him or not, their has never been another singer like him and his lyrics are witty and erradite here. Jonny Marr shines on the album and the arrangements are uniformly excellent throughout, it is also a little surprising how subtle and restrained his playing in. Only ‘The Boy With The Thorn In His Side’ showcases his signature jangle and it isn’t until the end of ‘Bigmouth Strikes Again’ that he lets rip (and then only for a short burst). ‘There Is A Light That Never Goes Out’ is the highest peak on an album of peaks and deserves a place on every best of the 80s collection.