So here it is. After two months of releasing this list in stages we’ve finally arrived at our Top 10 indie and alternative albums. Hope you enjoy this final instalment. Feel free to browse through the rest of the top 100 here and leave a comment about some of your favourites. 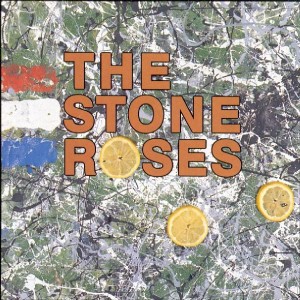 This debut by The Stone Roses is an old fashioned album, full of 1960s influences. This is perhaps unsurprising given it was produced by John Leckie, whose previous efforts include two albums by XTC’s psychedelic alter egos Dukes of Stratosphear. Yet in 1989 when it was released it sounded like the most exciting and different album for years.  Decades on and it’s lost none of its energy and is arguably the best album to emerge from the so called ‘baggy’ scene of late 1980s Manchester. Highlights include the indie-dancebility of final track ‘I Am The Resurrection’, ‘Waterfall ‘and its backwards companion piece ‘Don’t Stop’, and ‘She Bangs the Drum’. In an interview with Quietus Leckie, who is the most name checked producer in our Top 100, explains that the album’s success was down to the band’s confidence and open minded approach to making music. “They seemed to have had experience, they were very well rehearsed and they wanted to try lots of things. But they weren’t frightened,” says Leckie. 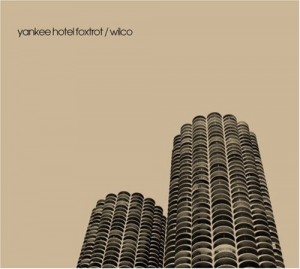 After an underwhelming debut with 1995’s AM Jeff Tweedy’s post-Uncle Tupelo band have released a string of brilliant records from 1996’s Being There through to 2009’s Wilco (The Album). Yankee Hotel Foxtrot is the album that demonstrates all that is good about America’s best rock n roll band. Recorded with a line-up that featured the late Jay Bennett, the multi-instrumentalist who would leave the band prior to the albums release (tensions during the recording are brilliantly documented in Sam Jones’ film ‘I Am Trying to Break Your Heart’). The album earned the band the tag of the alt-country Radiohead due to the more experimental production techniques and sounds used by producer Jim O’Rourke. The albums reputation as being challenging is more down to the record labels reaction (and refusal to release it) than it is to the songs themselves. ‘I Am Trying to Break Your Heart’ has a weird feel and an erratic beat and ‘Radio Cure’ has an uncomfortable starkness but most of the record is very accessible and features some of the bands best realised songs. ‘Kamera’, ‘War On War’, ‘I’m The Man That Loves You’ and ‘Heavy Metal Drummer’ are all great catchy tunes that sit comfortably with the more cerebral tracks. 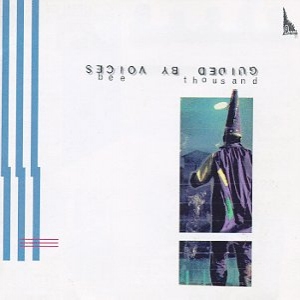 Bee Thousand, originally released in 1994, represented a turning point for Robert Pollard’s Guided By Voices. It was intended as the band’s swansong due to the lack of attention and money their previous five albums had garnered. The album was recorded in various basements, rather than the studio, and was primarily the work of Pollard and Tobin Sprout (with various members of the “classic line-up” pitching in). The songs were recorded in just a few takes on to simple 4-track equipment and the rough and ready sound is one of the album’s charms. Guided By Voices albums from this time are an acquired taste, with half formed song snippets sitting alongside  rough diamond pop classics like ‘I Am A Scientist’ and ‘Echos Myron’. However, this is all part of the magic formula that makes Bee Thousand so special. There are no songwriters out there like Robert Pollard, no bands like Guided By Voices and no albums like Bee Thousand – this is a pretty special record. 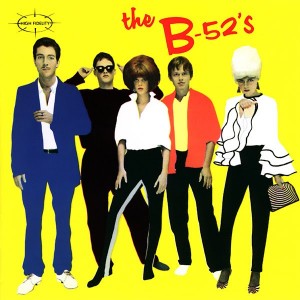 Two years after performing their first gig at a Valentine’s Day party in 1977 in their hometown of Georgia, Athens, the B-52s self titled debut hit the stores. It was a sleeper hit in 1979 reaching 59 in the US Billboard 200 but has since been widely recognised as one of the best alternative albums of all time. Blending new wave, punk, 1950’s sci-fi kitsch and Duane Eddy style guitar playing the tracks have a strange timeless feel. Above all they are fun. There’s some silly stuff like ‘Rock Lobster’, but tracks like ‘Hero Worship’ and ‘Dance This Mess Around’ are serious, emotional stuff and showcase the powerful vocal talents of singer Cindy Wilson. For more about The B-52s read our Top Ten Artists That Changed Our Lives feature here. 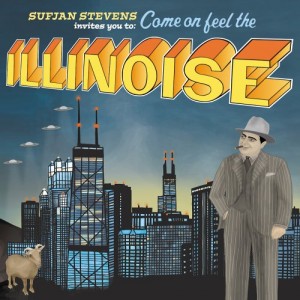 Sufjan Stevens probably regrets his claim that he would release an album for every American state, a feat that would be difficult to achieve and probably not an enjoyable or ultimately successful task. Illinois is his second and, thus far, last in the series. Nobody likes a show-off but it is hard to resent Steven’s ability to play every instrument under the sun when he produces music as wonderful as this in the process. The album covers a sprawling 22 eccentrically titled tracks ranging from the soft and sombre (‘Concerning The UFO Sighting Near Highland, Illinois’) to the exuberant and celebratory (‘Come on! Feel the Illinoise!: Pt. 1: The World’s Columbian Exposition’). The album tells an expansive story about the people, places and history of the state and listening to the album is like being taken on an exciting road trip. The brilliant ‘Chicago’ has been used on many a soundtrack, but for me the desert island pick from the album is ‘Casimir Pulaski Day’ a song so sad and beautifully played that it made it to number 1 in our Top 10 Tearjerkers chart. 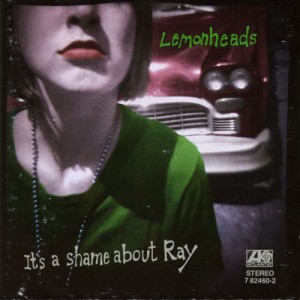 Shame About Ray from 1992 is a masterclass in making two to three minute pop songs. Across its tight-as-you-like 12 tracks (bumped to 13 on reissues to include their excellent cover of ‘Mrs Robinson’) each is perfect indie pop. An album you can listen to from start to finish can be rare thing, but an album with 12 (13) potential singles that still retains an alternative edge is worthy of a Top Ten place in anyone’s indie and alternative books. The title track is an undoubted highlight, but each has its own merit, from the hooky ‘Alison’s Starting to Happen’ to the cover of ‘Frank Mills’, from the film and stage play Hair. We’ve been listening to this a lot in preparing for this list and are staggered each time at the energy and consistency of  this fifth album from the band 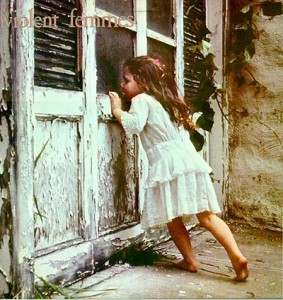 When Gordon Gano, Victor DeLorenzo and Brian Ritchie took their busking trio intro the studio to record their debut album it is unlikely that they could have realised what an iconic record they were producing. Their acoustic blend of Lou Reed, the Modern Lovers and punk crackles with youthful angst and pent up anger over the tens songs here. ‘Blister In The Sun’ must be the most shamelessly ripped off tune in advertising and bursts the album into life, and ‘Add It Up’ stands as an indie disco classic due to the stark dropping of the f-bomb early on in the track. The album has more subtle moments and album closer ‘Good Feeling’ is sad, simple and honest. The band would release more good songs throughout their career but they could never quite match up to a debut as perfect as this one. The 20th anniversary reissue is a lovely package with demos, early singles and a live concert on the second disc. 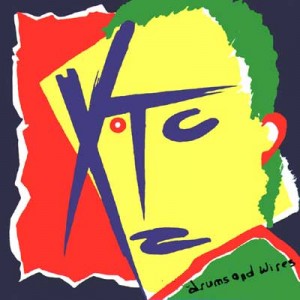 Following the departure of keyboardist Barry Andrews in 1978 XTC opted for guitarist and fellow Swindon resident Dave Gregory to replace him. It turned into the making of the band, transforming XTC from a quirky, tight new wave outfit to a bonafide great English rock and pop act. Drums and Wires from 1979 was the first album to feature Gregory and his 1960s influenced electric guitar style as well as a new bigger drums sound, hence the title. It also gave the band far greater chart prominence through singles such as ‘Making Plans for Nigel’ , while losing none of their creativity.  Tracks such as ‘Complicated Game’ and Roads Girdle the Globe’ are among the most inventive you will hear in this Top 100. Amazing what a band can achieve with some drums and a bunch of wires. For more about XTC read our Top Ten Bands That Changed Our Lives article here. 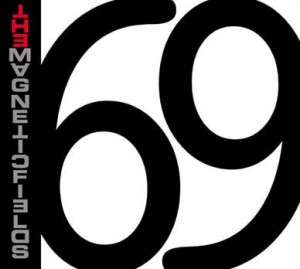 Stephin Merritt originally conceived this album as being 100 Love Songs before scaling back the idea out of practicality as well as adopting the rather appropriately more salacious number of tracks. Released as triple album, each disc containing 23 songs, it was an incredibly ambitious undertaking. Each track deals with a different aspect of love and relationships and the album covers a wide range of styles from piano ballads to synth-pop to jazz to noise and beyond. Merritt’s wry gay new Yorker personality could overwhelm you over so many tracks and he wisely uses a team of vocalists (two male, two female) to record a selection of the songs. This adds depth to the record but also a more universal feel; relationships are kept unclear so that as a listener you can’t tell if the protagonist is singing to another man or woman. The result is that songs like the sprightly ‘I Need A New Heart’, the downbeat ‘I Don’t Believe In The Sun’ or the vicious ‘Yeah, Oh Yeah’ can speak to anyone. 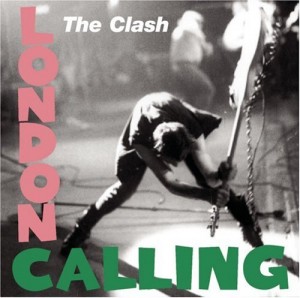 Tommy Tomkins excellent book on London Calling sums up the album perfectly as being about ” roots, with a sense of place.” For the band the roots were not just in London, but across the globe, especially through singer Joe Strummer and bassist Paul Simenon’s love of Caribbean and US culture. The range of styles on London Calling from punk to rock to blues to reggae showed The Clash to be arguably the most mature and musical act to emerge from the UK punk scene. This double album has gone on to receive widespread critical acclaim and we are delighted to add our voices to that. From the pounding bass line of the title track, heartfelt lyrics of ‘Lost in the Supermarket’ and pop savvyness of ‘Train in Vain’ London Calling still thrills us decades after its 1979 release. Read our full review of London Calling here.