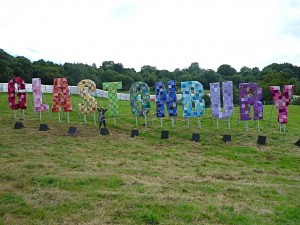 Neonfiller is covering the Glastonbury Festival for the first time this year and was on hand to picture some of the 200,000 revellers making their way to the site, at Worthy Farm, Pilton,  Somerset.

With the rain lashing down as festival goers arrived on Wednesday (22 June) the site quickly turned into a traditional Glastonbury mudbath. Even though the gates opened at 8am, around two days before the festival and bands get underway proper, camping space was scarce within a few hours. 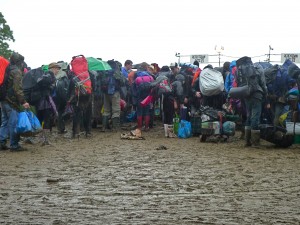 Those arriving on Thursday and Friday are set for disappointment, with only spaces on the flood plain area, near the toilets and paths left.

There was better news for those driving to the event, with traffic jams less prolific than previous years, with more revellers clearly taking advantage of the opportunity to park their cars early overnight on Tuesday. 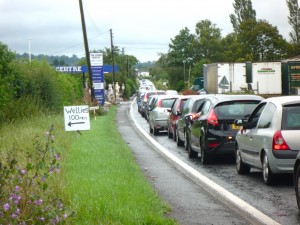 Among the indie and folk acts we will be trying to watch across the massive festival site will be Emmy the Great and Big Audio Dynamite on the Friday, Battles and folk legends Pentangle on the Saturday and Eels and Suzanne Vega on the Sunday.

We will also be checking out the festival’s family credentials at the Kidz Field. Well, that’s the plan at least, weather permitting. The Forecast for the rest of the weekend is more scattered showers. 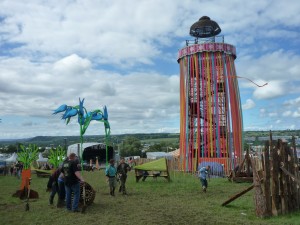 The Park area is among the areas we’ll be spending a lot of time with the area’s main stage set to play host to two special guest performances on Friday and Saturday night.

We will be publishing our full review of the event plus more pictures early next week.