First off, a confession, I didn’t have very high hopes for this gig. I love the first Tom Tom Club album, and seeing any of my Talking Heads heroes live is worth an outing, but I wasn’t convinced it would be a great gig. The band haven’t released many great albums, the line-up is entirely different from the first album (Chris Frantz and Tina Weymouth the obvious exceptions) and I expected a rather indifferent show. The good news is that what I saw was a very well planned set, played really well, that was one of the most enjoyable I’ve seen in years. 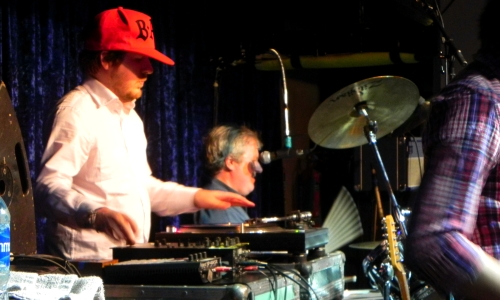 The band kick things off with ‘Who Feelin’ It’ from 2000’s The Good The Bad And The Funky and the energy of the band and crowd alike create the feeling of being at a very enjoyable party from the outset. The set draws on the bands best songs from across their career and the energy levels don’t drop for one second.

The band, featuring a DJ complete with a BAD baseball cap, are excellent and add some real flair and energy to Frantz and Weymouth’s famously steady rhythm section. The utility player (keyboard and percussion) was particularly excellent and manages to achieve what several players did on the original recordings. 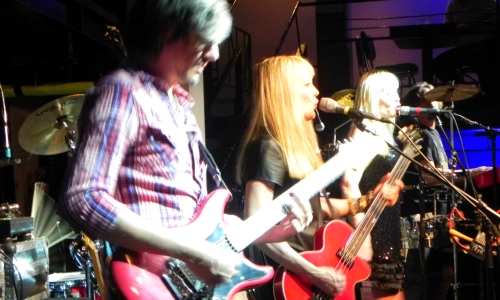 The big hits from the debut album are saved to late in the set with Genius of Love unsurprisingly getting the biggest cheer of the night. It is a real thrill to hear a song this familiar and influential played by the band that created it, and the party atmosphere reaches its peak. After a, slightly ill-judged, take on ‘I Believe In Miracles’ the band play the other big single from their debut ‘Wordy Rappinghood’ and finish the set to rapturous cheers and applause.

The inevitable encore is the bands master-stroke as they choose to play two Talking Heads tracks to the excitable crowd. They pick two songs from their former band, and wisely choose the songs that will highlight the lack of David Byrne the least. First is a take on Al Green’s ‘Take Me To The River’, sung here by the band’s back-up vocalist, a song that fits the party atmosphere to a tee. The final song of the evening is ‘Psycho Killer’, famously played solo by Byrne in Stop Making sense. However, hearing Tina Weymouth play the simple pulsing opening bass line, with her husband providing the distinctive drums, is pretty magical for a Talking Heads fan and rounds the evening off perfectly.