Where are they from? UK 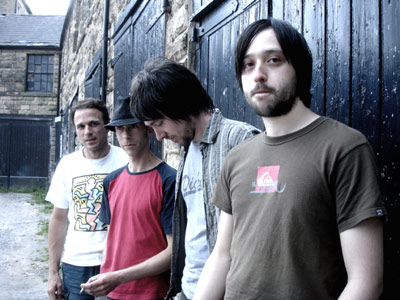 What do they sound like? Two words spring to mind when listening to the improbably titled Low, Low, Low, La, La, La, Love, Love, Love, ‘folk’ and ‘experimental’. While at its heart their music appears soft and folk guitar based there’s an edge as well. The industrial feedback at the beginning and interspersed in the track, ‘Flower in the Mind’, from their current album Feels, Feathers, Bog and Bees, shows that they are more than just a bunch of finger-picking folksters. There’s a clear melancholy to the music, which is unsurprising given their influences include Elliot Smith and Neutral Milk Hotel.

What have they got to say for themselves? According to a recent PR release: “Low Low Low La La La Love Love Love is an every evolving UK based outfit, Over six years and through a shifting construct they’ve employed varied approaches to writing and recording. But amidst the changes, some constants have remained; a stark lyricism, thoughtful arrangements and complementary, harmonic vocals, which glimmer and tremble throughout.”

What releases/tracks should I look out for? Former Fridge member Adem, whose recent album Takes offers some of the most sublime covers around, was the producer of the Low Low Low La La La Love Love Love’s latest album Feels, Feathers, Bog and Bees. This was released earlier this autumn on Other Electricities and features the band’s trademark experimental folk pop.

Where can I find out more? http://www.myspace.com/lowlalove