Shame on you Bristol. Singing Adams, one of the best live bands in the UK, come to town and only 70 or so of you turn up. Slightly taken aback at the lack of numbers at this early gig at The Cooler nightclub, the band took to the stage, inhaled slowly and decided to give those that did turn up a gig to remember. 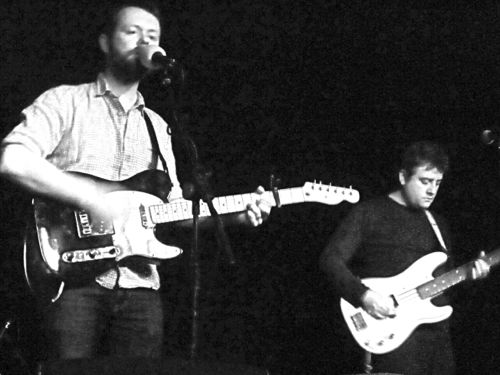 Singer and songwriter Steven Adams, who as former frontman of the Broken Family Band is more used to playing in packed venues and festivals, said, “it may take awhile but we’re going to take you to church and melt your face,” before blistering through an hour’s set of banter, tracks from their debut album Everybody Friends Now and some new ones destined for their second album.

As the band started with debut album tracks such as Old days and Move On, Adams beckoned the sheepish crowd forward and even gave them some party games as a reward.

Hybrid band names that are “just so wrong” is a game they have brought to the stage and ask the crowd to join in with. After offering up the excellent ‘Men at Bjork” the band delight as the crowd shout out their own versions after each song.

It warms the heart to hear a tightly played  track finishing and someone shouting out “Trextc” or “DuranDurannielennox.”  Among my highlights was someone getting it only half right and shouting out “Fred Westlife” in a frighteningly appropriate broad west country accent. 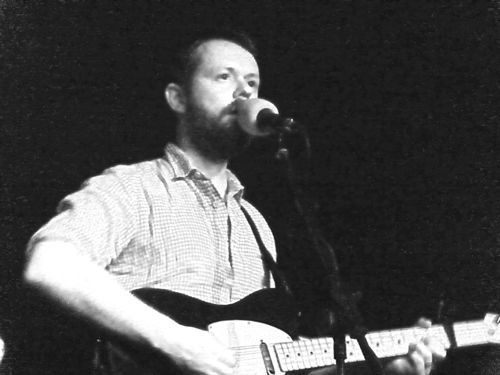 Not that they needed banter. This new project for Adams has marked a change of direction from his Broken Family Band days more towards indie rock. It’s a change he excels it, especially as he has assembled a fine bunch of indie loving musicians. The intricate, melodic bass playing of Michael Wood, the tight drumming of Melinda Bronstein and the indie riffs, part Teenage Fanclub, part Pulp at times, of guitarist Matthew Ashton, all combine well with Adams’ voice and understated showmanship.

What does remain from his Broken Family Band days is the singalong nature of the songs. Often the crowd are asked to join in with the choruses. Not in a cheesy way, these are choruses that demand a crowd to sing with, even if it is just 70 strong.

But this mini tour is something of a farewell to their debut album as they trial new songs and prepare to go back to the studio for album number two. On this performance of the newer songs  it’s going to be a stormer, especially Building A Wall.

Enough of the future though, for the encore the band performed their version of  St Thomas, with its sing along chorus of ‘when you come to Oslo, I’ll teach you how to sing.’ This final track is from Adams’s solo album Problems from 2005, which was released under the slightly different name of The Singing Adams.

Seventy people may not have had their faces melted but they certainly had a good laugh with a band that don’t let a little thing like a little crowd put them off.