Here’s the first part in our list of bands that changed our lives. These are more than just our favourite bands, these are bands that altered how we think about music and provided the soundtrack to our lives.

Since I was a child I don’t think a week has gone by without listening to an XTC track. They kept popping up on children’s TV hawking their next single like Sgt Rock or Towers of London when I was young, but what got me hooked was a TV documentary on new wave and punk shown in the mid 1980s. The XTC track featured was Neon Shuffle, all jerky rhythms, frantic vocals, bizarre keyboards from their first album 1978’s White Music. This was punk like I’d never heard before and showed a far edgier side to the band that appeared on kid’s TV and Top of the Pops.

The next day I bought White Music and more enlightenment followed. The songs such as ‘Newtown Animal,’ were not just rants about boring suburban living or about the urban decay of The Clash’s Westway. These were considered, intelligent songs about well, normal English life, about towns like their native Swindon. 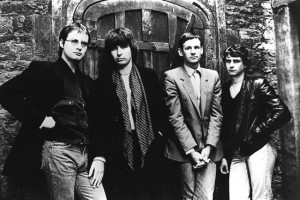 Over the next few years I snaffled up all their albums. Some had already been released, others were new at the time. Skylarking, Oranges and Lemons and more, I devoured them all. They actually got better as they went on, with 2000’s cruelly overlooked Apple Venus showcasing some typically unusual arrangements and song structures. The band even took time out to form a psychedelic act The Dukes of Stratosphear, that ended up being as good and even better in places than the hippy bands they were paying tribute to.

XTC make me think more about being English, not in a patriotic way, just what it means to be on this little island full of newtown animals, young men called Nigel being pushed into jobs at British Steel (Making Plans for Nigel) and middleclass hypocrisy (Respectable Street).

As I grew older and became a parent, XTC were still there, with songs such as ‘Holly Up On Poppy’ about the joys of fatherhood. Or the Dukes ‘Affiliated’ about the end of teenage life and beginning of the world of mortgages and staying in on Saturday nights watching TV.

The story behind the band made them intriguing as well. Lead singer Andy Partridge’s stage fright meant they stopped touring at the peak of their career. With no world tour to help promotion their audience dwindled. The hits may have stopped, but critical acclaim carried on. They also fought back against their record company Virgin, going on strike for years. 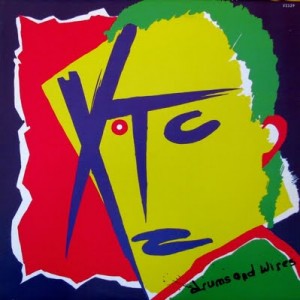 They were an almost-huge, globally recognised band that could never quite get out of their Swindon roots, like George Bailey and his unsuccessful attempts to leave Bedford Falls in the film It’s a Wonderful Life. To this day Partridge and Colin Moulding, the chief song writers, still live in Swindon, albeit the posher bits.

XTC have ended now, sometime around five years ago, despite pleas from fans to reunite. Nevertheless their legacy carries on. I still hear them on the radio from time to time, still have all the albums and listen to them regularly. I hear an XTC track in other band’s music as well. This is particularly the case with some of the most innovative modern, bands around like Grizzly Bear and Field Music.

Ten of our favourite XTC songs