During last year’s early promotion for The Twilight Sad’s latest album No One Can Ever Know the Scottish Band selected final track Kill It In The Morning to unveil their new sound. With  Andy Wetherall producing, No One Can Ever Know brought vintage synths and Kraut rock bass  to the fore and left the band’s trademark guitar feedback low in the mix. It was no surprise to see this same track open their mesmerizing hour long set at Bristol’s The Fleece. They are clearly proud of the album and on the night its driving bass, synths and above all lead singer James Graham’s almighty vocals were spot on. 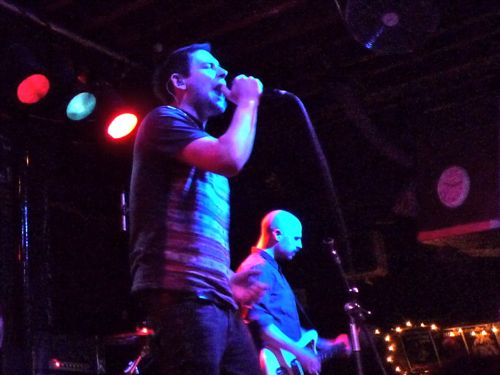 The bulk of No One Can Ever Know got an airing tonight but there was still enough time to squeeze in two or three tracks from their 2009 My Bloody Valentine-esque album Forget The Night Ahead, including the album’s lead single I Became a Prostitute and opener Reflection of the Television. Thankfully they didn’t ditch the guitar feedback and squeals for this and this wall of sound was turned back up for these rare tracks from Forget The Night Ahead in the set.

While the music and their new direction is enticing enough it is Graham’s vocals and stage presence that is the band’s real draw. At times he appears Ian Curtis like, as if in a trance as his haunting, and quite frankly beautiful voice, soars above the synths, bass, precision drumming and feedback. Each ambiguous lyric hinting at the dark nature of society and relationships appears to be torn from him as he shows a genuine passion for performing and the subject matter. 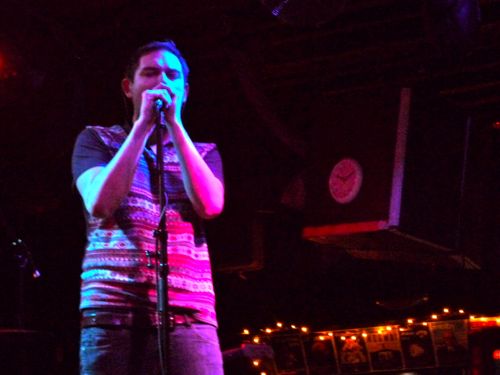 Of course it is an act, but an act he performs remarkably, complete with mimed silent screams when the guitar and synths take centre stage. In between songs there was time for some banter showing that beneath the serious way they take music there is also a likeability with no trace of arrogance. “I love you,” shouted one of the 150-200 crowd at this legendary pub venue that over the years has played host to Radiohead, Pulp, Coldplay and pretty much every major rock act of the last 20 years. With a smile Graham looked at her and said in the broadest Scottish accent, “ah, no you don’t really. I’m a total knobhead.”

While refusing to play an encore and leaving the stage as  the squeals of feedback continue may appear aloof for some bands this is not the case for The Twilight Sad. Before leaving the stage Graham said: “Thanks so much for coming to our gig on this cold Monday night. We are a small band from Scotland and we don’t expect people to come. Thank you.” This was a masterclass in how to give an impassioned performance  without the trappings or rock arrogance. 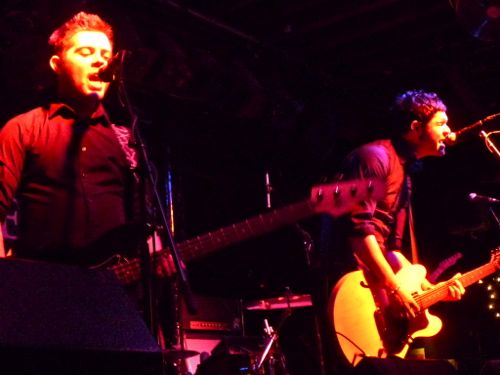 Support came from Somerset’s Evacuees, an indie guitar rock band of the type the NME believe are dead or  should be killed off in a funeral pyre with Kaiser Chiefs at the top. While the lead singer was guilty of a low slung guitar cliché or two they showed that indie guitar music is far from dead. This regular support band at Bristol venues are good at the genre, put in a more than solid set and when the NME remembers guitars are cool again their hacks may perhaps come knocking on their door, that is if they know where Bristol is. 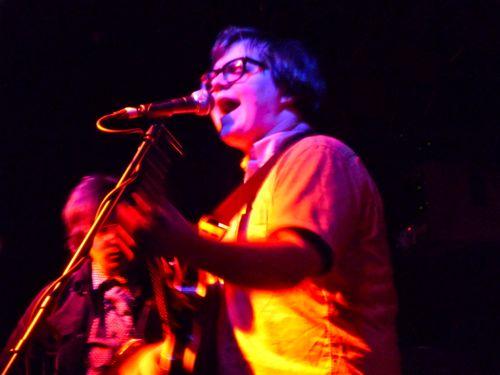 Second support Let’s Wrestle, led by singer and chief song writer Wesley Patrick Gonzalez, lived up to their Pitchfork billing from last year as a ”band of early twentysomethings that comprehensively captures the mindset of young men kicking and screaming against their inevitable transition into adulthood.”

Their brand of jangly indie pop has a real edge and they put in a headliner style set for an appreciative crowd that was mainly hearing them for the first time. Among the highlights was In Dreams Part II with its Wedding Present-style, driving guitar and Opium Den, which Gonzalaz dryly dedicates to their friend Ben, “because his name rhymes with the name of the song.”