Neon Filler is very proud to present a fabulous bill of bands as part of the Oxjam Festival this October. The three bands playing are Rotifer, Tigercats and Danny Kendall.

Rotifer is the work of Austrian born, England based, songwriter Robert Rotifer. His sixth album, The Hosting Couple, was the first release on Edwyn Collins’ AED label and was described by our reviewer as “Part Stones, part Kinks, part Bowie and even part Neil Innes in places”. Rotifer’s current line-up sees him backed by Ian Button (Death In Vegas) on drums and Mike Stone (Television Personalities) on bass. Listen to ‘Star City‘ from the Vostock 5 compilation and watch the video for ‘Canvey Island‘.

In 2011 we named Tigercats as one of our “ones to watch in 2012”. When they released their debut album this year they received a perfect 10/10 score, living right up to our high expectations. Our review described the album as “teaming with radio friendly, infectious hooks” and you can judge for yourself by listening to ‘Banned From The Troxy‘ or watching the video for ‘Full Moon Reggae Party‘.

Danny Kendall is the work of Ben Murray, sometime sticksman with the likes of Chris T-T and Jim Bob (of Carter USM fame). As Danny Kendall he released his debut EP this year and it is an understated gem, all sweet melodies and bittersweet lyrics. Listen to the fuzzy pop of ‘You Can’t Go Home Again’ or watch him in more melancholy mode playing ‘Waiting On The Engines’.

Click the image below to buy tickets on line.

Click on the Oxjam logo below to find out more about this great nationwide event. 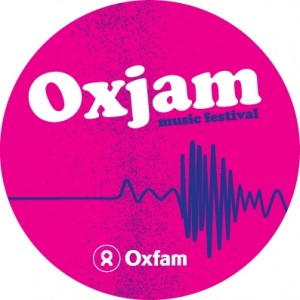 If you are coming to the gig please add yourself to the Facebook event.

Many thanks to Nic Newman for the design work, The Print Room for posters, flyers and tickets and SWAT for posters and distribution.