It’s the Taking Part That Counts, a sporting themed 26 compilation from Wiawya records, is a fine showcase of new indie pop, folk and electronica music  with the ghosts of classic sporting pop greats looming large throughout. 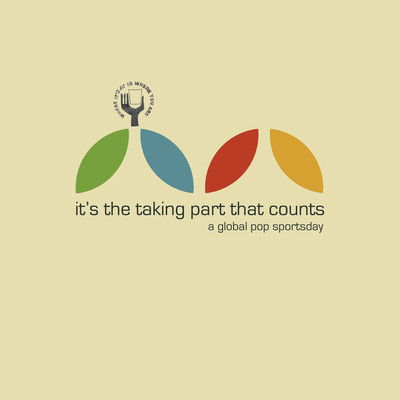 Judo by Alexandra Festival Hall featuring Yazuyo Uemura, for example, is a wonderful updating of New Order’s World in Motion for a far less popular sport. The only thing it lacks is a Brian Jacks rap.

DJ Downfall’s Shoot It Shoot It (Hit Me Again) is another highlight, with its vintage synths reminiscent of so may late 1970s and early 1980s films, in particular 1980’s teenage tale of love and football Gregory’s Girl.

And the instrumentals such as Saint Etienne’s electro-jazz Steeplechase and White Town’s Theme for Olympic Weightlifting are clearly influenced by the likes of Vengalis and his Chariot’s of Fire soundtrack. They both work well to use music to create the emotions involved in their respective sports.

As a compilation this ticks all the right boxes, offering something new with 26 exclusive tracks, and introducing us to some exciting new artists, such as the dirty rock and roll of One Fathom Down and fine songwriting of Jeff Mellin, who features here with one of the album’s stand out tracks Hit Me!

Final mention goes to an ode to one of the UK’s more obscure sports, the school playground art of bundling, which Darren Hayman lovingly pays tribute to on  Bundle.

A fine compilation that as Olympics fever begins to take hold should be staple listening for those looking for a musical way of taking part.