Underneath the complicated, looping violin arrangements and intricate pop melodies Andrew Bird is at heart a simple musician, with a great voice. Hands of Glory, a short eight track companion album to his most successful album to date, this year’s US Billboard Top Ten release Break It Yourself, sees Bird’s sound stripped back to create one of the alt country releases of the year. 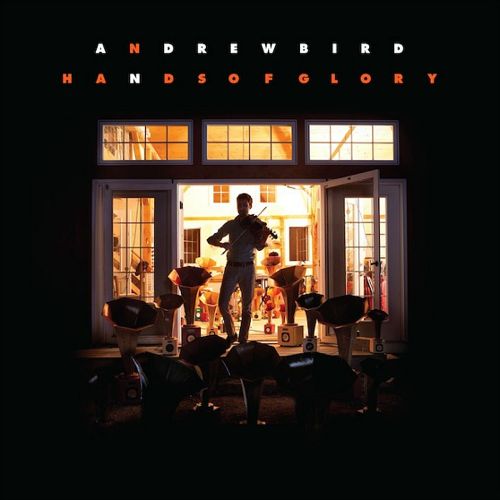 Recorded with his band entirely acoustically and huddled around a single microphone the album mixes covers of some of Bird’s favourite country tunes with a reworking of some of his own tunes, including Break It Yourself’s Orpheo Looks Back.

The impetus for this release was the favourable reception of such country reworkings during his live set and it’s a move Bird clearly relishes. On Handsome Family’s When The Helicopter Comes he revels in the 1950s old time reverb and on the album’s standout track the Townes Van Zandt cover If I Needed You his voice and violin playing is sublime.

Although a world away from the innovation of The Mysterious Production of Eggs (2005) and the pop sensibility of Break It Yourself, Hands of Glory successfully transforms Bird into a credible alt country act.  This could so easily have been an oddball extra release for fans only, but has emerged as a fine, traditional American album. I hope to see more leftfield releases like this to come from Bird.