John Howard was once the next big thing. Signed by CBS in 1973 he was part of a wave of major record label interest in English singer songwriters. But despite having the pop sensibility to rival the likes of Paul McCartney, CBS found it hard to market his witty, intelligent lyrics and eccentric demeanour. Looking a like a cross between Peter Cook and Pavement’s Stephen Malkmus record execs, who were used to handling the next Marc Bolan or David Bowie, just didn’t know how to promote him.

By the time his debut album Kid In A Big World was released in 1975, Howard found himself struggling to fit into any category as glam began its descent and punk was another year away from the wider public’s gaze. 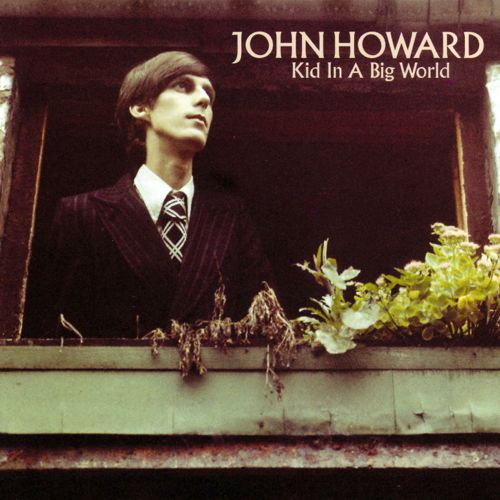 He proved just too tough a sell to radio stations and the public, and after three years Howard left CBS; a  career stalled  before it had even began.

He meandered through the music industry for the next few years working with Trevor Horn and Culture Club among others but by the early 1980s he gave up recording and moved to a new career in music industry A&R. As his website says “feeling disillusioned with lack of success or recognition, John locked his piano lid and walked away from unrealised ambitions, only occasionally recording material when producer friends asked him to.”

He retired from the industry in 2000  and moved to Pembrokeshire with his partner Neil France, where it would have been all too easy to sit back grumpily in front of the TV muttering about “what a shit business it is” every time X-Factor came on. Instead though he started to write and perform again, first playing in local pubs, and even piano bars on cruise ships and in 2003, after decades of artistic obscurity, he found himself not just  a man in demand but actually cool.

Arguably it was the internet that saved him, with an online buzz among music fans, journalists and bloggers created after Kid In A Big World was featured in the book In Search of The Lost Record. Suddenly there was a new audience for his music, one not clouded by 1970s ideals of what a rock star should be and used to seeing a raft of musical square pegs in round holes from Jarvis Cocker to Malkmus. 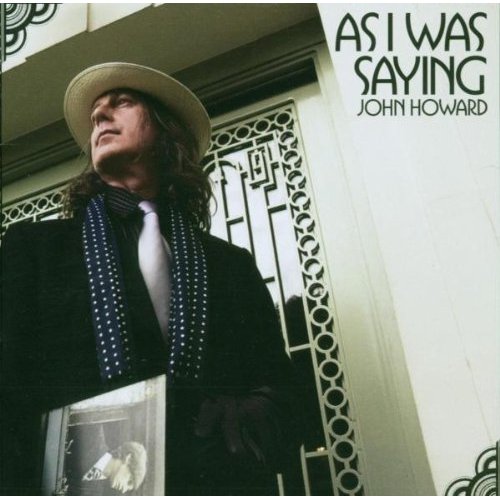 With the album’s reissue in 2003 Howard’s rebirth was nearing completion. Further reissues followed including his unfinished CBS album Technicolour Biography. With each four and five star review Howard realised that the time was right to start releasing new material.

I’d never heard his music until he was name checked, along with Bill Fay (another singer songwriter snapped up and discarded during the 1970s) in a press release for The Gift EP, the 2012 release of piano ballads by Ralegh Long, one of the UK’s current crop of emerging singer-songwriters. I feel like something of a fool now for letting Howard’s stunning, pop savvy, clever songs pass me by until now.

Better late than never, though and I now find myself  working my way through his back catalogue. I’ve decided to start with one of Howard’s best comeback albums, As I was Saying, which shows just what the record industry has been missing all these years.

The song writing is just about perfect, full of McCartney-esque melodies and tongue in check lyrics as he ponders getting old, his career and the state of the modern music industry.

There are echoes of Billy Joel’s Piano Man and Elton John in his prime but all wrapped up in something wholly contemporary with enough of an edge to interest older music fans and young up and coming artists like Ralegh Long alike.

The lyrics “Time will heal things, so they say, but they lie” opens the track Taking It All To Heart, a beautiful, powerful ballad that sums up his reflections on the past perfectly. The Dilemma of a Homosapien then comes in with jaunty echoes of a raft of songwriters that emerged and disappeared from the public’s gaze during Howard’s hiatus, such as Robyn Hitchcock and Pete Shelley. Special mention goes to this track’s killer chorus; most songwriters can only dream of writing anything so catchy.

Among the most intriguing is Oh, Do Give It A Rest Love, coming in at over seven minutes it is the most obvious tale of his musical career, with almost everyone of importance over the last 40 years getting a name check from Jimi Hendrix to Simon Cowell. My favourite is the timelessly upbeat Life Is Never The Way We Want It To Be.

Next up for me as I explore Howard’s career is his latest release, You Shall Go To The Ball, sent to me out of the blue by Howard’s partner Neil from Spain, where the couple now live. 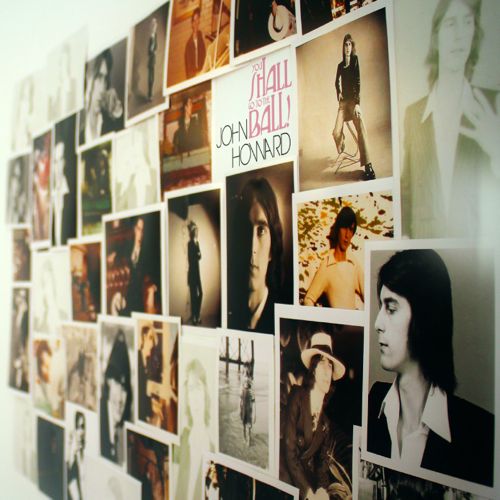 Although recorded recently the tracks are largely from Howard’s 1970s CBS days, including demos that failed to make it past the powers that be.  Howard explains: “The songs are those which thirty five to forty years ago were only ever demoed and which I wished I could have recorded properly with the backings I could hear in my head.”

It’s a less accessible listen than As I Was Saying, with Howard opting for the slightly maverick idea of interweaving new interpretations of his older piano ballads and pop songs with soundscapes. This gives the album a dream like, almost Brian Wilson produced feel,  with his forgotten songs  shining brightly throughout. Star Through My Window is particularly good. How this track failed to become a hit in the 1970s seems bizarre when listening to it now. It sounds like a track that’s been part of the musical ether  for decades rather than locked away beneath Howard’s piano lid.

Forthcoming acquisitions for me will be his 1970s reissues, with debut album Kid in a Big World and its English pop gems such as Family Man,  the one I’m particularly looking forward to hearing.

As well as his music, I love the story of Howard; of a talented musician who started his career as a square peg in the music industry but has now at last found the audience that the 1970s CBS record execs failed to discover for him. Perhaps his experience has shaped him for the better. Reading this interview with him from 2005 he displays a modesty and sense of joy in knowing he has an audience that may have been lacking if he’d have been a global star since the 1970s.

Howard’s story is a lesson to all those talented musicians out there struggling to get heard. Cream always rises, even if it takes a few decades.