My Bloody Valentine have long been the most unassuming performers. No grandstanding axe hero poses are thrown – Kevin Shields does not have the moves like Jagger.

Although they do not indulge in the stagecraft of most performers there is a large visual element to their show tonight in the form of massive backdrop projection – enormous saturated dream images, midnight drives through avenues lined with trees, the ghosts of guitars fifty feet high – apropos of the narcotic haze in which you find yourself listening to My Bloody Valentine. 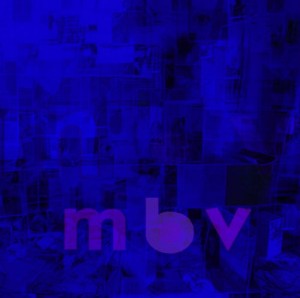 Just as their contemporaries Spacemen 3 were taking drugs to make music to take drugs to, My Bloody Valentine were at the heart of a unique explosion of drug consumption. Too young to have been punks and in thrall to the psychedelic scene of the sixties, there was a desperate need to escape the dreary conservatism of 1980s Britain.

This music is one of the most perfect aural representations of certain kinds of drug experiences. That isn’t to neglect the sex or rock and roll elements of the famous equation. If anything on record there is a perfect balance of sex and drugs in the chemistry of Kevin’s and Belinda’s half heard murmers.

Live the added dimension that the vocals bring to the mix is lost under the avalanche of guitar noise, too low in the mix to register. It’s a shame to lose this as the mystery of the half heard vocals is a hook for emotional involvement, the sheer majesty of the sound on it’s own can be dauntingly inhuman without this.

Opening with I Only Said, they run through tracks from Isn’t Anything, Loveless, MBV and their vital E.P.s. before closing with Wonder 2, the stand out track from latest album MBV.  Performed with great fidelity to their recorded versions, at the volume reproduced tonight you hear angel trumpets and devil trombones.

Standing in the slipstream of You Made Me Realise  with the pulsing roar of overdriven amps shaking through your internal organs you become acutely aware you’ve never quite heard anything this loud and maybe you may never hear anything again and for a minute you don’t mind.