Alan Sparhawk, the lead singer with US slowcore veterans Low, is a walking, singing, strumming masterclass in controlled aggression.

Packed to its former church rafters, Bristol’s Trinity Arts Centre was at times in awe, others in fear of Sparhawk as the mean, moody Minnesotan’s beautiful guitar playing and vocals threatened constantly to turn to screams and smashed wood and wires at any moment. 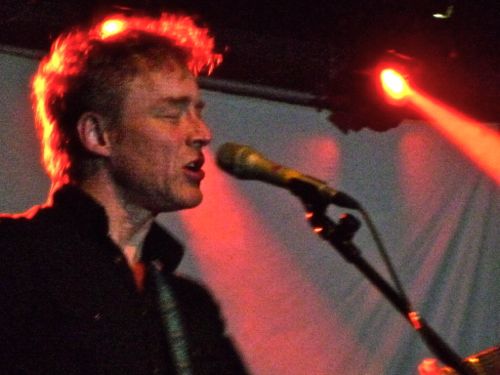 Of course, that rarely happens these days, and this is the unique talent of Low; to be utterly in control of their emotions. While over their 20 or so years together their emotional slow core has gathered a steady cult following, it was the release of 2011’s C’mon that escalated their appeal. With its added vintage twang it was the perfect American album that year. This year that remarkable album was followed by the just as magnificent Invisible Way, which stripped back their sound further into the mists of Americana thanks to Wilco’s Jeff Tweedy on production duties.

While their set was dominated by Invisible Way tracks such as Holy Ghost and Plastic Cup it was the sound of C’mon’s vintage instruments that they adopt live these days, with Sparkhawk’s stunning white Gibson and gold Ephiphone guitars conjuring up many a ghost of America’s musical past. 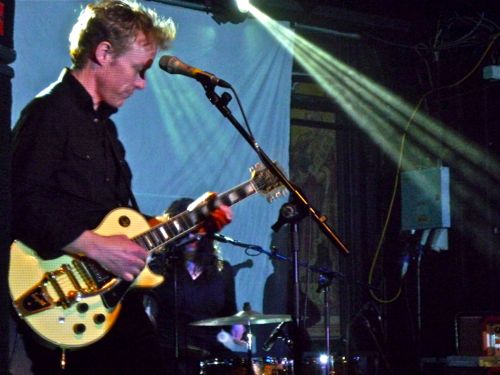 Sparhawk and his beautiful Gibson

Invisible Way also saw Sparkhawk’s wife, the band’s drummer Mimi Parker take more vocal duties and it was these tracks, in particular Holy Ghost, that really shone through tonight during a captivating set. Her voice was pitch perfect especially on Especially Me, which along with Witches, was one of the standout C’mon songs played tonight.

But their set wasn’t just for those new to the band, with older tracks such as Monkey, which featured in the Mickey Rourke 2008 movie Killshot, and I Hear..Goodnight, which featured on the 2001 joint Dirty Three/Low EP In the Fishtank 7, among a handful of pre-C’mon era Low tracks to get an airing tonight.

Sparhawk is not known for his banter but at least he can make light of this, admitting that he lacks “dazzling repartee” on stage. It matters not with Low, who are completed by keyboardist and bassist Steve Garrington. In fact it would be downright odd for Sparkhawk or Parker to launch into witty touring anecdotes in the midst of their emotionally charged set.

The unofficial fourth member of the band on this tour is film maker  and artist Peter Liversidge, whose grainy, black and white images of birds in flight and boats were projected throughout and add to Low’s enduring appeal and enigmatic stage presence. 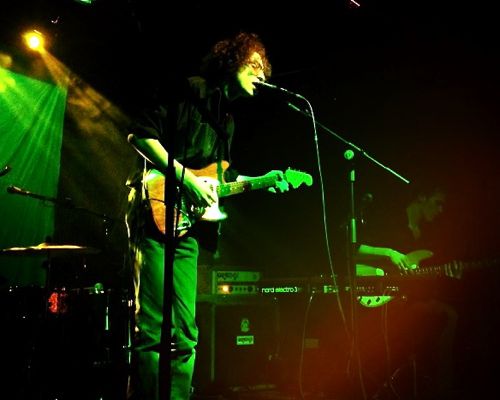 Support was from ATP  Recording act Hebronix, the slowcore solo project of former Yuck man Daniel Blumberg. To the delight of the crowd he was joined by his “backing band” for most of his set – no less than Sparkhawk and Garrington. It was a canny move although Sparkhawk’s sumptuous Gibson made Blumberg’s Fender playing seem puny by comparison. Sparkhawk’s later vocal delivery during Low’s set also put Blumberg’s weak vocals to shame.

Blumberg’s not there yet as a credible solo artist and lacks emotion and song writing abilities, but perhaps in 20 years time he’ll be a quality act, especially keeping such fine company as he is during 2013.