At last, XTC’s track The Somnambulist has finally been picked by a Late Night Tales compilation curator.

This perfect late night song is one of a number of reasons to be delighted with Norwegian duo Röyksopp’s turn to select 20 or so tracks to listen to in the wee small hours. 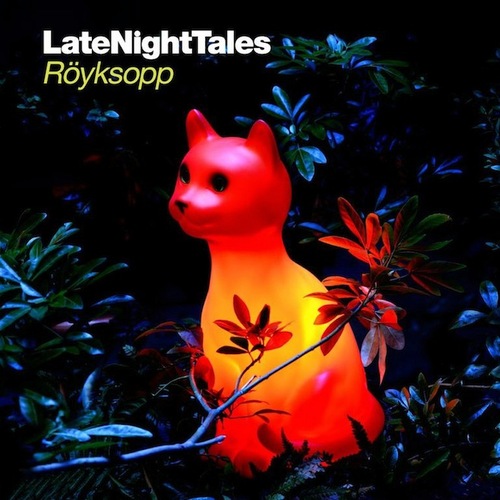 Another is they’ve really got a handle on what makes these compilations great. There’s some fine atmospheric music for late night listening such as Vangelis’s Blade Runner Blues and also some surprising blasts from the past such as Acker Bilk’s Stranger On The Shore, which really works here.

Johann Johannsson’s Odi Et Amo is another brooding, wonderful addition to a compilation series that excels in introducing the listener to a band’s record collection and obscurities. Where else would I be able to hear Thomas Dolby’s Budapest By Blimp alongside John Martyn’s Small Hours for the first time?

Even This Mortal Coil’s ‘Til I Gain Control sounds good under Röyksopp’s curation before it’s time to end the compilation as all those in the series do, with a little short story, this time part two of Flat of Angles, read by Sherlock Holmes himself Benedict Cumberbatch.

A funny, interesting and wonderfully electic addition to one of our favourite compilation series.