My son, be wise, and make my heart glad, that I may answer him that reproacheth me….so sayeth proverbs 27.11. Is that what the title of this new Ralfe Band album refers to?

Well, I don’t do reproachethness, but I do like a nice tune written by Oly Ralfe.  This is his third studio album, not including the soundtrack to the film Bunny and the Bull. No radical departures, no sidesteps into dubstep, no sudden collaborations with Radiohead, no, just more quirky folky hanky panky, perhaps a little more fleshed out than previous outings, but refreshing nonetheless. 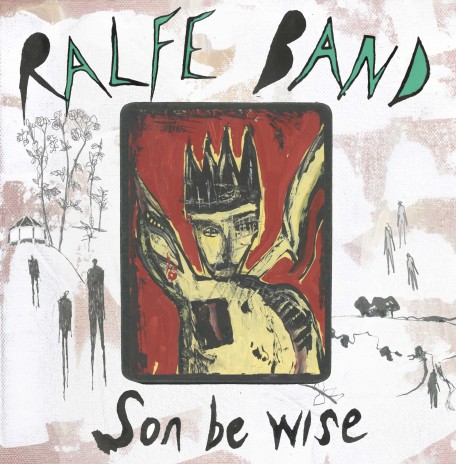 Oly has such a distinctive timbre to his vocals, which is not immediately lovable, sounding parched and remote but repeated exposure reveals complexities and compassion, he makes everything sound like a confession, and then he throws in a fabbo wobbly chorus to die for, Barricades, Ox  and Hidden Place, all display his skills perfectly, there’s also sullen beauty here in the form of Magdalena and especially the heartfelt Kings and Queens, ditto Dead Souls. Ladder, with it’s lonely piano and yearning lyric is a distinct highlight, perfectly suited for a little bit of navel gazing.

Oly is taking kitchen sink dramas into the countryside and giving them some warming broth. I suggest you would be wise to join him.