Animal Collective have been confirmed as the curators of the May 2011 All Tomorrow’s Parties festival weekend. Unlike previous years there will only be one weekend ATP festival in May.

Much loved by the critics, their 2009 album Merriweather Post Pavilion made it in many of the ‘best of 2009’ lists, the bands sound is a mix of psychedlia, electronica and Beach Boys influenced pop. The line-up of the festival is sure to be an eclectic, left-field mish-mash. 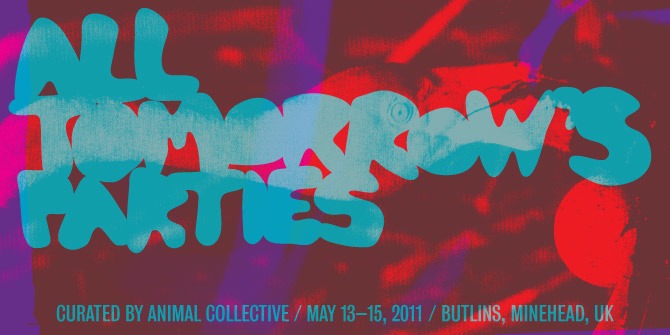 The first announcements chosen by Animal Collective for the line-up are:

The weekend will be held on the 13th to 15th of May at the Butlin’s Holioday Centre in Minehead. Tickets go on sale on Friday 29th October.