When he’s not playing guitar and singing for indie band Veronica Falls, James Hoare hangs out with his friend the Argentinian song writer Max Claps to make 1960s influenced music under the name The Proper Ornaments. 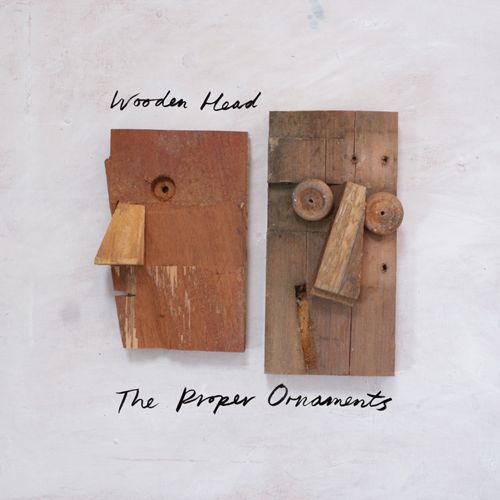 This first album by the pair is indeed full of 1960s influences but definitely via the 1990s. As a result it is less Syd Barratt and The Byrds and more like Ride, Teenage Fanclub and even The Stone Roses. The Teenage Fanclub sound is perhaps clearest on openers Gone and Sun.

Third track Ruby introduces a more acoustic folk feel that showcases the best and worst of this release. In terms of atmosphere Ruby  is wonderful, reminiscent of the 1960s the pair are plundering with a lovely lose-yourself quality. But it also shows a lack of focus on melody, something that any worthy plunderer of the 1960s needs as well. It was a time of awesome pop after all but Ruby feels like the build up to a catchy chorus that never materialises.

This frustration continues on Now I Understand, which has a nice riff but never reaches the punch of a good chorus. Don’t You Want To Know (What You’re Going To Be) sounds a little too much like an early Stone Roses song, discarded on the studio floor by their producer John Leckie for not being good enough for the Manchester band’s stunning debut.

And so the album progresses with Step into the Cold and You Shouldn’t Have Gone sounding a bit like Ride and What Am I To Do sounding a little like Dear Prudence, but without the trippy chorus.

I want to love this album, it sounds like so much of my favourite music. The pair are clearly reverential of their musical influences too, which is great to hear. But the problem is there are many others doing this kind of retro musical mining far better. Gare Du Nord band Papernut Cambridge’s melodic 1960s indie sound is more accomplished. Fever Dream perform psychedelic garage rock with more emotion and Temples and Tame Impala plunder the 1960s with far more commercial appeal.

Wooden Head is released on Slumberland and Fortuna Pop!