People seem prepared to spend through the nose to spend the evening in a room filled with journalists and minor celebrities to watch Kate Bush not play the hits for several hours. On the flip-side getting people to watch new music, even for free, seems to be increasingly difficult.

A Sunday night gig is always going to be a challenge, but even so a third-full Green Door Store seemed less than the three bands deserved. 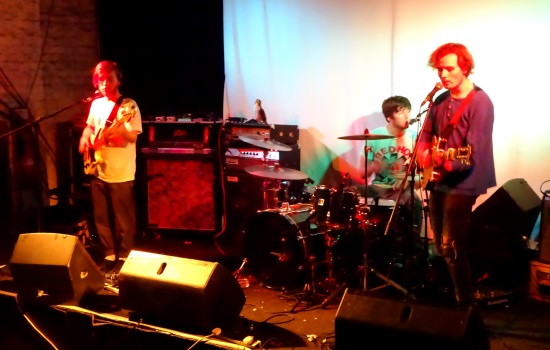 First up was Mohit, the only act on the bill that I hadn’t heard of before the show.  They play an interestingly jazzy take on indie rock that sits somewhere between Foals and the calmer moments on No Means No records. I didn’t get anything from the songs that immediately grabbed me, but the playing was impressive in particular the drumming. Perhaps they needed a bit more focus, there was a lot of noodling around in the tunes, but it was an encouraging opening. 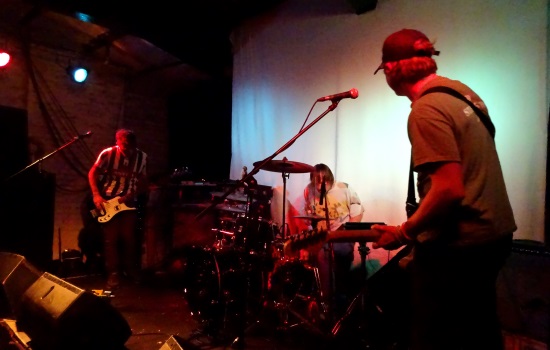 Second on the bill was The Flash Bang Band, an act that I have some familiarity with, despite never seeing them live. They have some connection with the wonderful Free Swim (even if that is just sharing a stage) and I’ve seen one of their videos online in the past.

Like Mohit they are a band that is very “sound” lead, by which I mean the performance seems to be be more important than the songs. This is rock through the OK-GO filter and the  more esoteric 60s influenced songs in the second half certainly improve an already good set. Again it is the drums that stand out and, although some of the songs do sound a bit half-formed, this is good stuff. 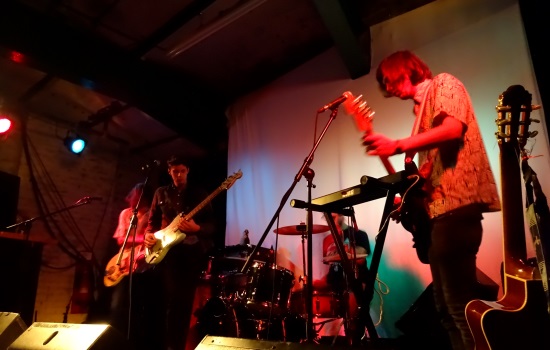 Mile Me Deaf warm up to an almost empty room. The guitarist plays with a drumstick. Things aren’t looking good.

When the set starts in earnest the room fills back up to earlier levels, and you could forgive the crowd for not being sure they had started as the first sing meanders in to life. Mile Me Deaf are the most impenetrable act of the evening, but with easily the best songs. This, as it turns out, is a really good mix.  Once they settle in to their set (I’m not sure if we are two or three songs in) we are in more relaxed territory with the band sounding like Sonic Youth or Yo La Tengo at their bounciest. I never have an issue with bands sounding like the poppier end of Sonic Youth, think a Viennese version of Urusei Yatsura and you have an approximation of the Mile Me Deaf sound on stage.

They really are pretty great, and a couple of the songs in the set embedded into my brain by the end of the gig. I’m straight to the merch stall to buy their latest album, Holography, and I urge you to pick up a copy to if you can’t catch the band live (or even if you can).

Three really interesting bands for free seems a pretty great way to spend a Sunday night. It has to be better than paying £150 and not even getting ‘Wuthering Heights’ for you money, surely?