It wasn’t quite a trip on the Eurostar, and I didn’t need my passport, but at Arrivée/Départ, the festival organised by Gare du Nord records at Dalston’s Servant Jazz Quarters last week, I did feel as if I was taken on a musical European journey of sorts.

From Spain to the UK via Austria – it was a whistlestop tour that managed to gather a group of talent together for two nights of music in the lovely east London venue.

Having been at the previous year’s event of the same name, it really was as though I had made part-way of the journey with the fledgling label that’s not so that’s not-so-fledgling anymore, and it was wonderful to be back beneath Bradbury Street to be a part of le premier anniversaire. 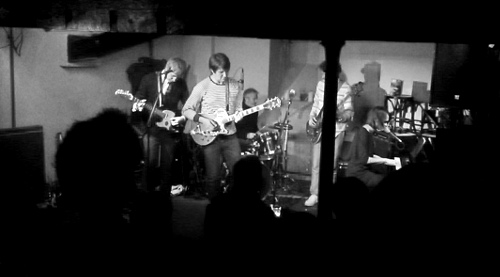 Founded by Robert Rotifer (of Rotifer), Ian Button (Death in Vegas) and singer/songwriter Ralegh Long, Gare du Nord first hosted the event last November in an effort to showcase its mix of emerging and established talent.

Speaking to Long before the gig, he said the label had been going from strength to strength, which, looking at the back of the label’s sampler CD, is quite clear and lists the likes of Papernut Cambridge, Thirty Pounds of Bone and Alex Highton, among an ever-growing and diverse cache of musicians.

This diversity was on full display on Wednesday night, the second of the two-night event, which got underway without fanfare or indeed introduction when Salzburg singer Mel Mayr took the stage to open the night. Performing her first ever live UK show, she started with some sombre solo songs that had something of the Sharon van Etten about them – raw, stripped back, emotional. But things took an altogether more optimistic turn when she was joined onstage by Robert Rotifer, Ian Button and other fellow Austrians/guitar shop owners, and we were treated to lush, melodic pop songs instead. 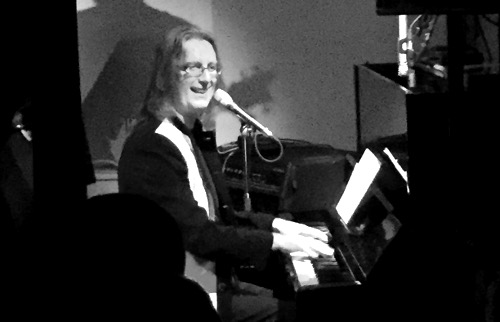 Up next,was John Howard. Last year I was blown away by his easy charm, effortlessly lifting voice and exquisite piano playing – and a year on, nothing was diminished for me and I found myself once again smiling from ear to ear while he played joyfully from his extensive back catalogue.

Howard’s story is one Neon Filler has documented extensively over the past few years – from his signing with CBS and subsequent ‘next-big-thing’ status in the 1970s, to relative obscurity, and finally, rediscovery in the 2000s. He played songs spanning the breadth of his career, including his debut single Goodbye Suzie, another of his 1970s tracks Family Man as well as Believe me Richard – from 2013’s Storey’s and still his most downloaded song to-date. Paul Weller’s  bassist Andy Lewis joined Howard on the cello for a beautiful rendition of Missing Key.

Full band back-up came from Button, Rotifer and Lewis, and Howard revealed that the foursome were, the very next day, retreating to Ramsgate to begin recording a new album. It’s a collaboration that has been in the pipeline for a while, beyond English borders, with music and lyrics being sent back and forth across the seas from Spain, where Howard is now based.

He treated us to two encores – Deadly Nightshade and then an incredibly moving rendition of Star Through My Window. Suffice to say, I am a fan. 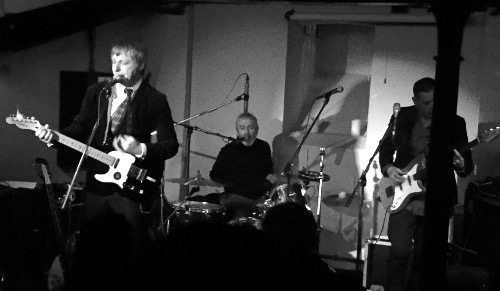 With only minutes left before curfew, Canterbury-based-but-Vienna-born Robert Rotifer took the stage solo and played on his jangly, mod-ish own while his AWOL bass player was hunted down from wherever he had left his white wine. But pushing it past 11pm, they played from last year’s release The Calvary Never Showed Up, including Optimist out on the Open Sea, and the sentimental Canvey Island songs, about the young Rotifer’s unusual childhood stay with a family on the Essex seaside retreat, far from the bright lights of London he craved.

When writing about last year’s event, I went on about there being a great sense of musicians helping each other and supporting each other, and I think that Gare du Nord achieved that again this year. Collaboration seems to be at the centre of what Rotifer, Button and Long are trying to achieve with Gare du Nord and it’s wonderful to see it doing so well. I’ll be looking forward to hearing the results of the Ramsgate sessions immensely and am already looking forward to Arrivée/Départ 2015.

Words and pictures by Patricia Turk