Edinburgh based folk and blue grass collective Southern Tenant Folk Union arguably took a big risk with their latest and sixth album, which improbably uses Chuck Norris film titles as a springboard for a collection of left leaning protest songs.

It has paid off though with critics and fans alike so far approving of the album’s odd notion as well as its eclectic take on bluegrass, which moves effortless from protest folk song to funk, to soul to jazz. 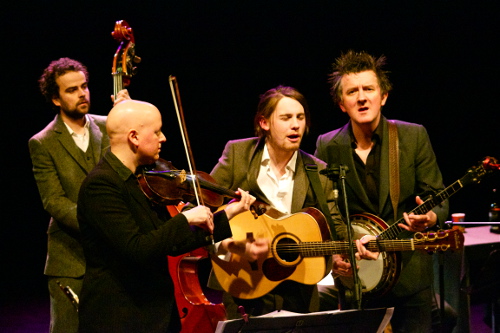 Live the new album, called The Chuck Norris Project, works even better, making their two hour set that takes in their bluegrass back catalogue and gospel standards, perfectly weighted and enthralling throughout.

What also comes across strongly live is the strength of the musicianship and vocals, especially guitarist and lead vocalist on The Chuck Norris Project, Rory Butler who opened the set with a handful of his own Nick Drake-esque tracks, such as Cigarettes in Silence. His vocals tonight were superb, beautiful even at times, especially on his own songwriting contribution to the Chuck Norris Project, Slaughter in San Francisco, about the heartbreak of a school shooting. 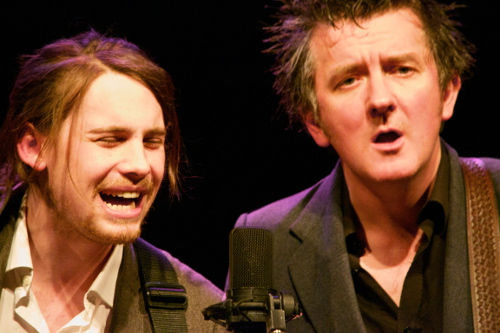 Tonight the collective was a quintet, including percussionist Steve Fivey, whose contribution to The Chuck Norris Project is vital, especially on the more film soundtrack moments, such as on The Wrecking Crew Part 1. On double bass was Craig Macfadyen and their violinst for the night and this section of the tour was Frome resident Gemma White. She is a long term collaborator of  STFU band leader and banjo player Pat McGarvey, having also played in his former band The Cole Porters. McGarvey proved an engaging host giving plenty of time to offer funny anecdotes and explaining the stories behind the songs, whether they be left leaning protest songs, love songs or bluegrass standards.

We learn before the joyfully romantic Let Me Wipe The Tears From Your Eyes, which is about his wedding,  that the ceremony also featured a reading of Rutger Hauer’s death speech in Blade Runner.

Before Ida Don’t Go, from their fourth album Pencaitland, we find out that when they performed on the track on Irish TV show the Late Late Show they had to settle for second billing behind a dancing dog performing a canine version of Gangnam Style. 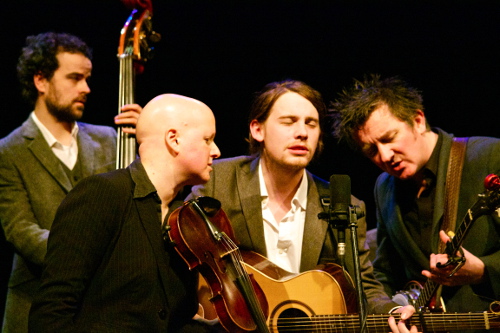 With White there performing at her local venue this gig had an extra friendly feel, which was also helped by the venue itself where the seating goes right up to the front of the stage. This proved invaluable for the set’s encore, where the STFU unplugged the central mic they play around and went entirely acoustic for a rousing gospel singalong up close with the audience.

STFU are continuing to show how far the boundaries of bluegrass can be pushed, while ensuring they do not leave the traditionalists behind.