There’s nothing more exciting than a band whose second album is even more brilliant than its first. What on earth will the Alabama Shakes do next?

This timeless soulful masterpiece pulses with catchy melodies, ecstatic rhythms and a range of tracks that could provide the backdrop to a cult road trip film. 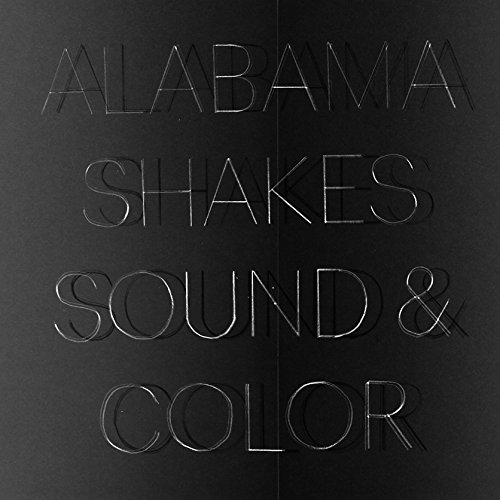 Skipping past the slightly more average opening track that the Shakes have puzzlingly named their magnum opus after, the album opens up with a run of tunes that could all be hits.

Brittany Howard quickly reminds anyone who has forgotten how well she can sing with the beautiful second track Don’t wanna fight, effortlessly reaching those top notes as well as being the brains behind the guitar.

The third track Dunes is the ultimate example of clever writing, showing us how powerful simple can be. The slow melodic start is transformed at the chorus with Howard’s strong guitar laying the background as she asks the listener, ‘Am I losing it?’.

The next track Future People shares first position for best tune with two others tracks, Gimmie all your love and Shoegazing and I can’t think of any other album that has done this to me since I discovered Led Zeppelin.

Future People is around three minutes of pure bliss. We’re brought into it by a light guitar riff but a heavy layer of bass takes us to a space more akin to dance music before we’re flung swiftly back into grunge. I don’t know if I want to headbang like a banshee or jump up and down.

Gimmie All Your Love is just intense drama all the way through. Great use of pauses and explosions of sound with Ms Howard belting out her lyrics in an uber cool American accent. The instrumental finale will blow you away. This is unique writing at its absolute best.

We steer into a more reflective acoustic area next before a brief trip to the world of punk in The Greatest, which sounds like it was great fun to write/sing/play. Some definite Lou Reed influences here.

The track Shoegaze is happiness personified. It makes me imagine I’m driving a huge Cadillac down the West Coast of America in the blazing sunshine with the world at my feet. If you to listen to this track without having the same vision I will eat all of my three hats.

The shakes are ultimately still the sounds of the soulful sixties crossed with rock and roll but the range of styles in this album shows how incredibly dynamic they are, how diverse their writing is. And how god damn skilled they are at it. There’s so much packed into this album, the more you listen to it the more detail you find.

I can’t help but wonder if Jack White hadn’t publically endorsed them, would they still be famous? I can only conclude that they may not have risen so quickly but with talent like this, it would only have been a matter of time.

Sound and Color was released in April and has achieved the top spot in the American and Canadian album charts. Quite a feat for a band that came out of nowhere in 2011.

This is my album of the year so far.