Mention Gas, Food And Lodgings, Green on Red’s 1988 album to any self respecting music fan and they’ll wet themselves with glee. It’s the best of a handful of their classic grizzly rock ‘n’ roll albums from back in the day, made by two legends of latter day Americana, Dan Stuart and Chuck Prophet. 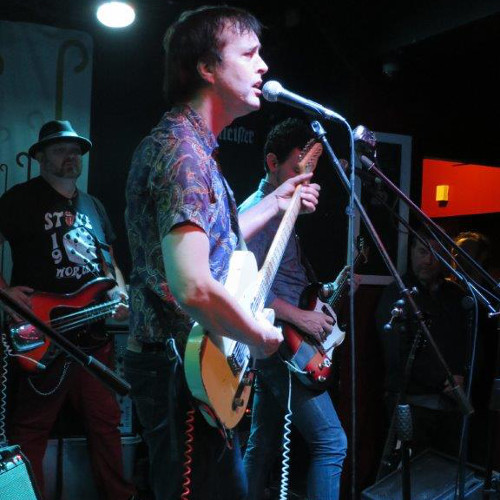 Dan’s current recording career is pretty subdued, he appears to have checked himself out of the music business hotel with only a couple of solo albums since their split in 1992. But Chuck on the other hand has been super busy ever since, continuing to regularly put out new material and tour.

For his latest visit to the UK he is showcasing tracks from his 13th studio album Night Surfer, which is full of snarly blues rock and gritty, anthemic tales.

The Maze in Nottingham is a a small room in the back of a pub and it’s heaving, it’s hot, the beer is flowing, and everyone is jostling for a good vantage point, so what better way to get us all warmed up and ready to expend copious amounts of sweat than some wordy acoustic action from tonight’s support band the Oxford based and frighteningly talented Dreaming Spires. They usually perform as a three piece power pop trio but sadly the drummer is absent tonight so it’s a slimmed down almost acoustic set. Brothers Robin and Joe Bennett turn in a short set that even has time for a super version of one of Springsteen’s achingly beautiful songs Atlantic City.

They also do the title track from their new album Searching for the Supertruth and best of all is a couple of tracks from their debut album Brothers in Brooklyn, Everything All The Time and the clever lyrical observations of that album’s title track. 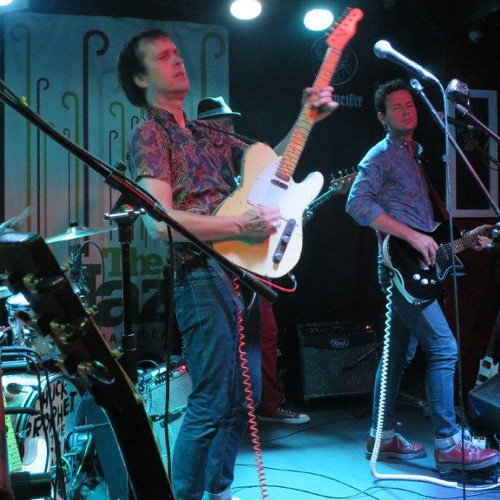 Chuck Prophet takes the stage at nine, with his ultra cool band including his wife Stephanie Finch on keyboards, guitars and vocals. There’s no messing and immediately Chuck is in the zone, grinning and stomping like a man possessed, giving us the evil eye and peeling off paint stripping guitar solos that would have made the late Stevie Ray Vaughan weep with joy.There’s just no filler. Countrified Inner city Technological Man, Sonny Liston’s Blues and especially Ford Econoline hit you in the face like a rock ‘n’ roll boxing glove

The band take it down a notch so as to allow Stephanie to shine on the innocently sweet versions of Queen Bee and Tina Goodbye, then the stomp returns with some hearty call and response on Temple Beautiful. Then there’s a ripping solo at the conclusion of Summertime Thing, with Chuck walking into the audience and literally staring me in the eyes as he struts his stuff. There’s much humourous between song banter as he talks of his bemusement of cricket and mentions the D word (Derby) which aroused much hissing; we don’t mention that place down here.

Finally, he warns any old timers that the next song is really heavy and will probably have a detrimental effect on the elderly in the crowd and that it might be a good time to leave if you have a heart condition. He then proceeds to blast out the crazy-doolally-singalong You Did (bomp shooby dooby bomp) much to everyone’ s delight. Absolutely bloody awesome.

It’s nights like these that you know the rock ‘n’ roll flame will never go out. This is not just good music, it’s kind of a religious thing and we went to big church. Hell yeah, brothers and sisters! Hell yeah!