Recommended to us by Somerset based singer songwriter Nick Parker, this German trio have some stadium sized hooks and great melodies in their small indie band locker.

As a result Fly Cat Fly could be equally at home amid a sea of several thousand waving iPhones torches or in a dimly lit backroom of a little pub. 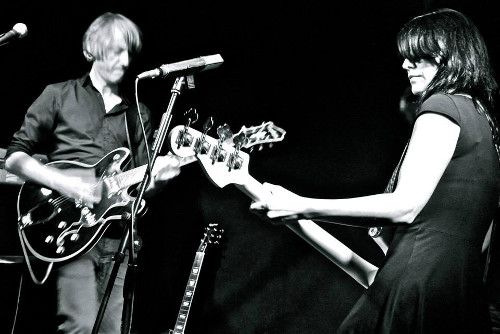 Opener Staring Holes is a case in point. It’s got some huge drumming in the intro, beautiful festival twinkling guitar but with its whispering vocals is also a slight, subtle track.

Third track Ready To is another high point with a great soaring chorus amid the distorted guitars, as is I Don’t Need Eyes To See, with its simple guitar part and Bowie like vocal delivery.

The centrepiece comes with Kingdom Come, a film soundtrack of a sweeping song that starts slight and slow then goes wonderfully ballistic towards the end.

Across all 11 tracks there’s plenty to like here and shows that there are still interesting new, guitar-based indie rock acts around.

For those UK readers wanting to see Fly Cat Fly they have a string of dates taking in London, Glastonbury, Bath and Swindon over December. More details here.