For some it was his early albums that rode the wave of the 1960s folk music explosion across Britain and the US, while for some it was his Pentangle super group, folk rock hey-day in the late 1960s and early 1970s. 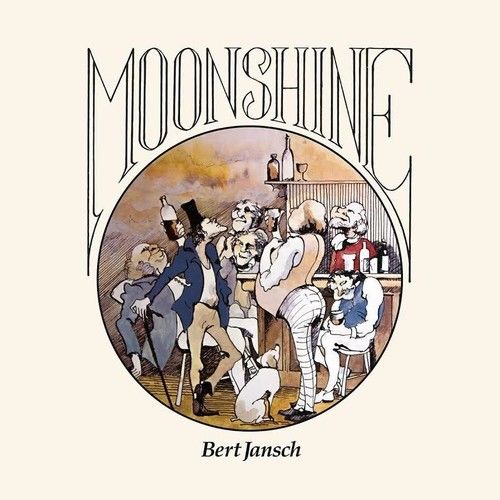 Moonshine (1973) , recorded as Pentangle were breaking up, though puts forward as good a case as any for being Jansch’s peak.

Not only has he assembled one of the best group of backing musicians and production teams, but he still manages to ensure this release is intimate and embedded with his rootsy, warm charm.

Released this month as part of Earth Recordings welcome re-issuing of Jansch’s albums, this is one of the best folk rock releases of the time, unsurprising though given he had drafted in Pentangle bassist Danny Thompson, Fairport Convention percussionist Dave Mattacks as well as David Bowie’s producer Tony Visconti for production and arranging duties.

The stellar cast doesn’t stop there with Ralph McTell joining on harmonic, Ali Bain on fiddle and Mary Hopkin on backing vocals.

The results are often flawless. On opener Yarrow the medieval woodwind and Jansch’s honest vocals create a perfect opener with the title track another high point as he sings this tragic tale of a prisoner awaiting his fate with genuine “sweet music to drag my grief away.”

On Night Time Blues the full band feel is perhaps best revealed, especially with the violins and on Oh My Father the electric guitar folk that Jansch used to great effect in Pentangle, gets a welcome outing.

The only weak point for me is an overly ambitious version of Ewan MacColl’s The First Time I Ever Saw Your Face, where the vocal interplay with Hopkins gets a little too tangled in places. It’s only a small gripe though on what is a fantastic chance to rediscover one of UK music’s best artists, arguably at his peak.

More details about Bert Jansch – Moonshine can be found here.