It’s a much needed confirmation of people’s recognition of good taste to see the rise and exponential rise of the big beardy mountain man, John Grant.

Was it really five years ago since he was nervously supporting Midlake on a UK tour of pubs and clubs with audiences measured in their tens? 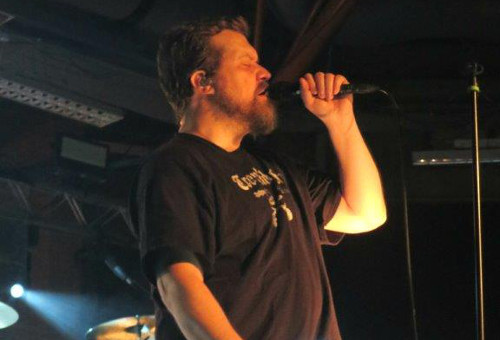 It certainly was, and now after extensive touring and three solo albums under his belt (an appearance on Jools Holland Later didn’t harm his popularity) he’s getting pats on the back from all and sundry, he has friends in high places and remarkably this tour will see him eventually play the Royal Albert Hall.

His third album enigmatically titled Grey Tickles, Black Pressure is currently dividing opinion and is the latest instalment of his trademark melodic bluntness – an iron fist wrapped in a big bear of a duvet.

The current tour schedule sees an appearance at the Sheffield Octagon with a band now supplemented by the legendary powerhouse of a drummer, Budgie, who is perhaps best known for his time spent with Siouxsie and the Banshees.

What you will immediately notice though, is the continuing evolution of these now wonderfully familiar tunes, from their gentle birth on record to the fully fleshed out live renditions they have morphed into strident rock songs, in particularly Geraldine and Snug Slacks. Then there’s the polar opposite with frenetic dance epics like Pale Green Ghosts and You and Him, at times sounding more like New Order than our sensitive piano guy. 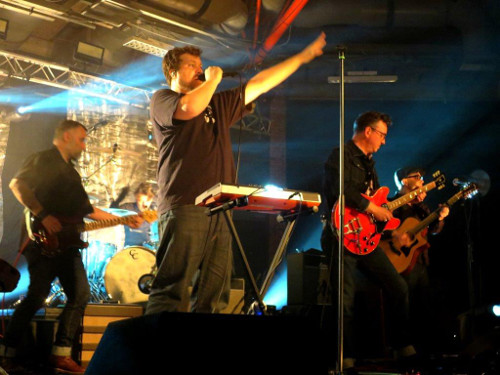 All the time Budgie drives the band on like a grinning drummer boy on speed. Obviously the emphasis tonight is on the newly released album so they also perform Down Here and the title track before putting on the handbrake and revisiting Marz and the aforementioned Pale Green Ghosts before another about turn as he rocks out with Snug Slacks. Queen of Denmark still retains its incredible emotional clout and is devastating tonight.

The encore was brilliant, the most upbeat tune on the new album You and Him with it’s irresistible dance chops and viciously savage lyrics, then back to the keyboard for the closing two numbers, the very moving Drug and Caramel. Sincere, funny, self deprecating, Grant is at the top of his game. He leaves the stage drained, we were in a similarly emotional state too.

*Support on this tour is 30-year-old Icelandic singer songwriter Solly. Please try and catch her short time on stage, she’s captivating. Her first tune was on guitar and her voice was a little like Sinead O’Connor’s in her quieter moments. For the rest of her set she was on keyboard, with additional gizmos. In her broken English she sang and spoke her way into the hearts of a reverential and rapt audience. Such was her popularity she was besieged by people at the merch stall afterwards asking for autographed vinyl. She was an absolute delight