2016 is already proving to be a slightly confusing year for followers of Robert Pollard. He recently announced that Guided By Voices were reforming with a largely new line-up, only drummer Kevin March having been in a previous incarnation. That announcement was accompanied by news that the new Guided By Voices album would be a totally solo affair by Pollard. He then springs a new solo album upon us that is the first for over a decade to not be recorded with Todd Tobias on instrument and production duties. In his place, handling all instruments and the recording desk, is Nick Mitchell, his Ricked Wicky side-man  and newly announced guitarist in the live GBV line-up. 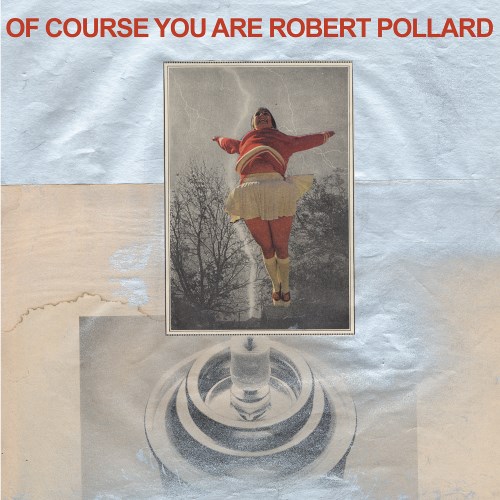 As typically muddled as this may be it is good news. Mitchell has proved to be a great foil for Pollard on the Ricked Wicky albums and is clearly a first-rate guitarist. It is also true that a degree of saminess had crept in to the albums that Pollard and Tobias were producing – these were good records but you knew largely what they would sound like.

What Mitchell immediately brings to the party is a harder rock edge, and this is immediately brought out on the opening track ‘My Daughter Yes She Knows’ which is riff heavy and unafraid of classic rock cliché. He brings more to the album than guitars though and the arrangements on this album are as adventurous as anything Pollard has produced with strings, horns and keyboards having a noticeable presence on a number of tracks.

Pollard has always been at his best when working with a like-minded instrumentalist and much like Tobin Sprout, Doug Gillard and Chris Slusarenko it looks like Mitchell is bringing the best out of Pollard’s song-writing as well as offering up his guitar skills. The songs on the album are all of a surprisingly high standard for someone who releases so many and there is a good mixture of styles on show across the 12 tracks. There is a slight bias towards the more rocking guitar songs but there is time for some sweet ballads and hook filled pop tunes as well.

The real thing that makes this album work so well though is the variety of arrangement, not just between but within the songs. Listen to the horns on ‘Little Pigs’ or the Love-esque horns/strings/guitar burst in ‘I Can Illustrate’ and you can imagine how much fun was had bringing these songs together.

Best of all is the album closer, and title track, which demonstrates Pollard’s unmistakable gift for crafting tunes that could have been recorded any time in the last five decades.

This is Pollard’s 22nd solo album and he shows no signs of slowing down any time soon. Expect number 23 to be announced any day.