Last time we saw Mark Andrew Hamilton, aka Woodpigeon, he was supporting Mark Eitzel at the Fleece in Bristol. It was just him, his beard, a heavy knit jumper, a guitar and his beautiful vocals. It was a solid set by a support act but no more than that.

Unknown to the audience at the time this was no ordinary tour of the UK for this Canadian singer songwriter. His relationship was ending and he was left fragile and distraught. What followed was an extended break from music as he took on the role of traveller, moving across the globe on a journey of both introspection and enthusiasm for the world, both good and bad. 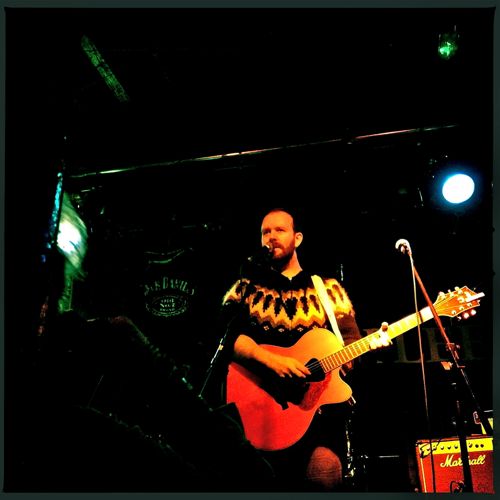 Travelling for two years across Europe, Canada and South America he experienced rioting in Istanbul and the longest break he’d had from music since he began writing in 2005. Given so many of his previous songs had been about the joy of love, to go through this messy break up effectively cut off his inspiration for much of this period.

This is the album that emerged from that time. It is not only the best he has made but arguably a contender for album of the year. Quite simply, it’s got the lot, in particular the crushingly sad backstory of a break up that became a new inspiration for Hamilton. Anyone who has heard Bjork’s epic Vulnicura will know how the loss of love can transform a songwriter.

It’s also got great production. It’s subtle with much made of the rhythm section of Colin Edward Cowan on bass and Daniel Gaucher on percussion. As with The Mountain Goats’ drummer Jon Wurster and bassist Peter Hughes the combination of Gaucher and Cowan also give a quality songwriter’s songs added emotion. The bullet like snare on Whole Body Shakes and funky but doom-laden bass bring to mind both the plastic bullets firing across the streets of Istanbul and the messy break up that sent him on this journey. 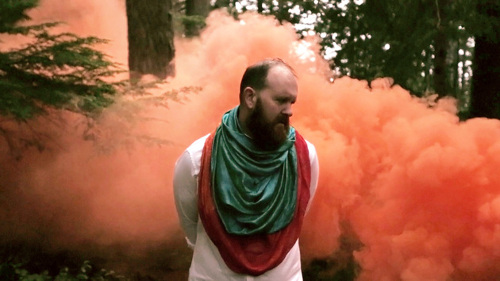 The press release gives us a “less is more” cliché about the production, but in this case it is true. This focus on rhythm backed by sweet electric guitar picking with the occasional cello or piano accompaniment gives more power to these songs than any orchestra could rustle up.

The songs themselves are also beautiful, full of that introspective heartbreak that Sufjan Stevens does so well. It also leaves questions unanswered, such as on Faithful. Is it him or his former partner that was unfaithful? Perhaps both, perhaps neither? Meanwhile, on Canada there’s a genuine pop song here. This is uplifting and while positioned at track four could easily be the last track as the songwriter finally finds peace in his new home, which at the time of writing was in Vancouver.

Three years ago seems such a long time ago when looking at how far Hamilton has come both emotionally and as an artist in a journey that has transformed him from a solid support act for Mark Eitzel, to conjuring up an album to rival the quality of the former American Music Club man himself.