‘Is she really going out with him?’ – so goes the spoken intro to The Damned’s early classic single New Rose.

After nearly 40 years, she’s still with him, no longer new, in fact she’s slightly worn and frayed and hobbling a bit but still full of beans for her age, a bit like The Damned really.

On the way into Rock City we saw a poster for this year’s forthcoming Nottingham panto, namely Jack and the Beanstalk starring the legendary Chuckle Brothers. Thinking back on this, perhaps it was an omen. 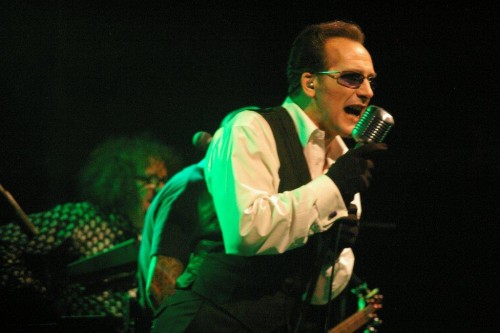 The Damned were one of the most dynamic of the first wave of UK punk bands and certainly the first to get a punk single out.

Released on October 1976 New Rose beat The Sex Pistols and The Clash to vinyl by months. Clocking in at just 2.44 seconds of careering Stooges inspired lunacy, New Rose came out on the hugely influential Stiff label and was produced by none other than Nick Lowe.

Their debut album was released three months later in January 1977 and our hearing was never the same again.

They still doggedly soldier on despite only containing two original members, frontman Dave Vanian and the incomparable Captain Sensible on guitar.

But the other guys in the band sure make up for those missing in action. Indeed their main keyboard player, the brilliantly named Monty Oxymoron has been with them for twenty years and he now looks like a reject from the set of Mel Brooks’ Young Frankenstein.

Let the loony-toons begin, with no support they went for the stealth set, the not so well known numbers first, greatest hits later option. 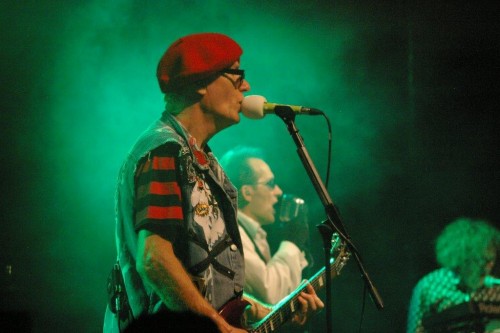 Sparks only began to fly well into the set, Disco Man and Just Can’t Be Happy Today recaptured some of their early career magic. Waiting for the Blackout was a blast, Eloise as you can imagine was received with huge cheers.

For the first half of the show I had deep reservations, amidst all the banter and jolly japes they almost become a parody of punk rock. God only knows what their younger selves would have thought if they could see themselves now, older, gurning like twits on speed, arsing about and doing an impromptu version of Stayin’ Alive by the Bee Gees.

When they first started back in ‘76 they were mad, bad and took no prisoners. There was an air of menace about them, but the years have robbed them of that and now we have a punk rock panto, albeit with some bloody good tunes. 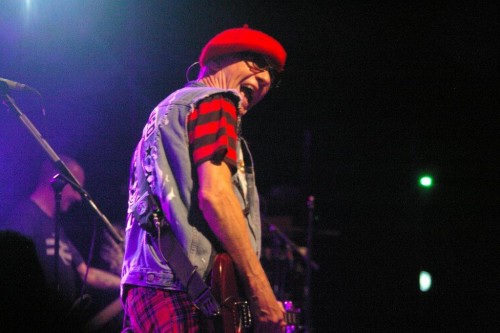 They conclude with a riotous Smash it Up, but then declare to everyone’s delight they are going to do the debut album. Now this is what we want.

Damned Damned Damned was such a pivotal album, one that still stands the test of time (unlike Monty). Those tunes, Neat Neat Neat, Fan Club, See Her Tonight, Feel The Pain and of course New Rose, which was glorious.

They finally get round to I Feel Alright. Iggy would have approved whole heartedly, and it gives the Captain the opportunity to shine with his guitar skills, peeling off some tremendous solos and at one point balancing a feeding back guitar on his trademark red beret clad head.

Yes, the heart of The Damned still beats, just slightly slower and a little more irregular than 40 years ago. There’s probably a defibrillator waiting in the wings somewhere, but at least its still alive.

Chuckle Brothers need not apply. Not just yet anyway.