For the fifth year running I’m spending February helping the Glastonbury Festival organisers unearth some new talent as one of 40 music writer judges involved in the Glastonbury Emerging Talent Competition. 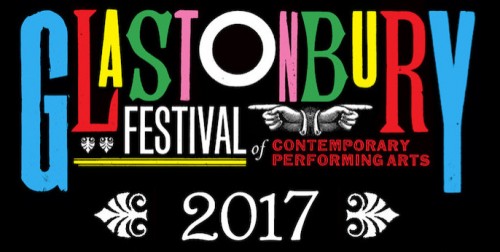 Over this month I’ll be sifting through around 100 tracks and video clips of UK and Irish acts to find three to put through to the next stage in the competition – a place on a 120 strong long list.

This will then be whittled down further to a short list of eight acts, who will compete at a live final at Pilton Working Men’s Club in April to win the top prize of a main stage slot at this year’s festival.

The winner also receives a £5,000 PRS for Music Foundation Talent Development prize to help develop their career and two runners up will receive £2,500 from PRS.

As with the previous three years I like to focus on some of the acts that have caught my ear so far during judging and are in contention to become one of my three.

Here are some that have grabbed my attention so far.

Every now and again the British indie scene needs a pick-me-up and Reading’s Palm Honey are just the band to do it.

This psychedelic pop quartet are full of fuzzed up fun and buzzed up ballsy rock and offer something for everyone with their self titled style of “experimental, alternative, noisy, psych-gaze pop”.

Their soundcloud clip of the track I Can Try impressed me and then when I saw their video for the single You Stole My Blackout I was hooked.

Already they’ve earned national attention with the Guardian writing about them and this week BBC Radio 1’s Huw Stephens played their track ‘Stick the Knife’ to further boost their profile.

Bristol based singer songwriter Nicholson Heal is at home playing with a brass wielding six piece as well as on his own with just his guitar and beautiful voice. There are obvious comparisons to the likes of Elliot Smith but for me he is most akin to Canada’s Woodpigeon.

His is one of the most impressive entries I’ve heard across the five year’s I’ve been involved in the Glastonbury Emerging Talent competition. Love that brass section too on the track Lacuna.

There are a fair few The xx influenced bands around but Maltese siblings Kurt and Katia Abela, aka Oxygen, stand out from the pack with their polished carefully crafted take on dramatic pop. With songs written by Kurt and composer Janelle Borg they list Ed Sheeran, Broods and Daughter among their influences and are proud to wear their heart on their sleeve, “due to the intense emotion they portray in their music”, so says their PR blurb.

Where so many acts of this ilk fall down is to overplay the emotion. But Oxygen’s understated delivery and seemingly genuine passion for the music shines through. A very good Glastonbury Emerging Talent entry.