Last week XTC were literally only half the band they used to be, in terms of personnel at any rate, when bassist, vocalist and songwriter Colin Moulding and drummer Terry Chambers, together with a polished ensemble of musicians,  performed a week of gigs at Swindon Arts Centre as TC&I.

But put it this way, two of the members of XTC on stage is like two of The Beatles (in this case MaCartney and Starr) doing a gig in a shed. You quite simply have to be there if the opportunity arises.

OK, so there was no appearance from XTC’s other songwriter and guitarist Andy Partridge, for understandable reasons after suffering a breakdown on stage in 1982. And there was no Dave Gregory, whose guitar interplay with Partridge was a hallmark of the band.

However, just to get Colin and Terry onstage for the first time for decades is a feat of mega proportions. 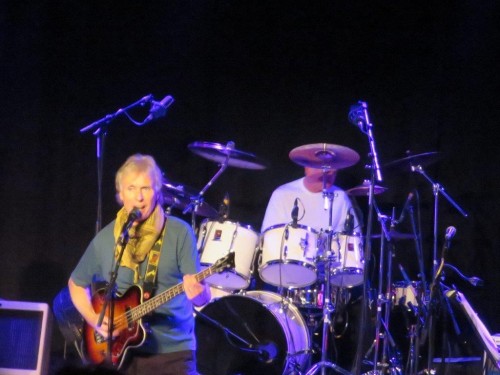 XTC were the clever clogs’ choice back in the day. They had a seemingly endless supply of hugely enjoyable tunes, complete with whistling solos and lyrics that were deeper than a fracking site in Lancashire.

Being hip and groovy I of course loved them to pieces. But I never saw them live. Lots of nearlies but never live. This was going to be a colossal love in.

Despite the efforts of a local hostelry to poison us with some overpriced food beforehand we entered the venue with uncontained excitement. It was like being 16 again.

Historic and triumphant return to the stage

Swindon Arts Centre is the opposite of the Tardis. It is smaller on the inside than on the outside and holds just two hundred people. Unimaginative reviewers would call it intimate. It is intimate.

As for the show the words historic and triumph are most apt. 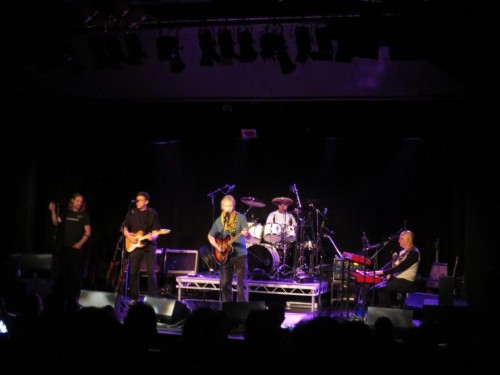 Some careful thought had been put into the structuring of the show.  They could have just torn into 24 big hits. But no, they chose to ramp up the excitement slowly and inexorably toward the big hitters.

They came onto what sounded like the intro to Bungalow, then tentatively but increasingly confidently, picked up the pace to hit Drums and Wires (1979)’s Ten Feet Tall, via early forays into lesser known works such as Say It, from the Apple Venus (1999) era and Day in Day Out, also from Drums and Wires.

They do a TC&I track called Scatter Me. It’s a great song in show that was almost stolen by Wonderland, from Mummer (1983), which was absolutely exquisite. A perfect rendering of a perfect song.

Grass, from Skylarking (1986) was magnificent. The crowd were now getting a bit frisky and the usherettes (or torch ladies as they are affectionately known in the TC&I Facebook group) were having their work cut out stopping people taking photos and daring to dance.

One of my favourite XTC albums is Nonsuch, It was great to hear War Dance (sadly always relevant) and the sublime Smartest Monkey from this oft overlooked album. Colin also sang Bungalow from this album, which drew loud cheers as he proved he still has the voice. 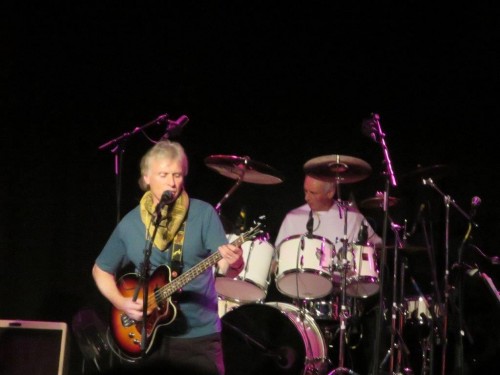 From then on it was a deliriously genteel trip down memory lane.

What’s that coming over the hill? Hits. Lots of them in quick succession. Ball and Chain, Generals and Majors ( I defy you not to whistle), Making Plans for Nigel (he’s still working for British steel, the Partridge penned Statue of Liberty and finally Life Begins at the Hop.

As the lights come up I have rarely seen so many beaming faces. The utter joy experienced by everyone was almost tangible.

This is pop, and we love it to bits.